You are at:Home»Current in Carmel»Officials for Five Seasons say ‘there are no plans’ to close club at this time

Owners of the Five Seasons Family Sports Club in Carmel have submitted plans to rezone the land where the fitness facility is, at 1300 E. 96th Street, but company officials say that doesn’t mean they have any plans to close the club. 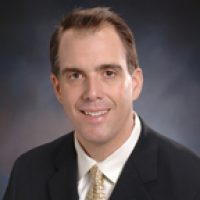 Corporex Cos., which owns the Five Seasons, has submitted conceptual plans to redevelop the residentially zoned area into an office park.

The plans, submitted to the City of Carmel, call for at least 295,000 square feet of office space and a multi-level parking garage with at least 1,300 spaces on a 15.4-acre piece of property, currently vacant, but zoned R-1 residential. Corporex plans to submit the rezone as a planned unit development.

But Tom Deere, chief operating officer of the Five Seasons, said this rezone filing has led some to believe the Five Seasons is closing, and he said that’s simply not the case.

“We’re simply rezoning the property,” he said. “There are no plans. There is no deal. Nothing is immediate. Part of rezoning is to provide conceptual plans of what could go on that. There is no plan. It’s the Five Seasons Family Sports Club. There’s nothing going on.”

Deere said the Five Seasons is “forging on” and is not in business trouble. He said the rezone is only to keep options open down the road.

“It’s very unfortunate because a newspaper picked it up and ran with it,” he said. “There is no story and no scoop. Something of that magnitude, everybody would know about it.”

Any new construction might not be immediate but Corporex officials say they want to get the rezone done to allow for consistent zoning in the area, which opens up the opportunity to construct an office park down the road.

Deere said conceptual plans are required for a rezone, but that doesn’t mean the plans that were submitted are being considered anytime soon.