You are at:Home»Current in Westfield»Westfield resident Kobrowski writes about unsolved murder of Helen Knabe, a historic female doctor 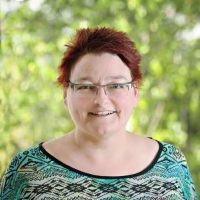 She was a historic bacteriologist at the turn of the century, making significant contributions to Hoosier public health. She was the first doctor in Indiana to recommend using vaccinations to prevent rabies infections, years before it was a nationwide practice in 1912. She was a community activist, speaking out on sexual health.

But most of her contributions are often overshadowed by the public because of her sensationalized murder at age 25. Her throat was slashed in 1911 using an unknown weapon. Her case remains unsolved.

Nici Kobrowski, local author and Westfield resident, said she thought it was a fascinating story worthy of her next book. “She Sleeps Well: The Extraordinary Life and Murder of Dr. Helene Elise Hermine Knabe” is available through Kobrowski’s publishing company, unseenpress.com.

Kobrowski said she was inspired to research and write the book because she believes she had a paranormal encounter with Knabe. Kobrowksi and her husband, Michael, own a company that gives ghost tours throughout central Indiana, and she believes she encountered Knabe’s ghost at the Athenaeum Foundation.

“As I learned about her life, there was a paranormal twist,” she said. “She had been seen in the building the week after her death.”

Kobrowski’s book focuses on the historic life of Knabe and how she fought the same feminist struggles that are still being fought today.

“It was also interesting to me that had she lived to World War II, her whole life and career would have changed,” she said. “Women doctors were accepted in the war, first by sheer need and second by their ability. Doors would have opened for her that she had been trying to open.”

Kobrowski said she also believes there’s evidence pointing to a possible killer and she explores that in the book.

She’s been researching Knabe’s life for 10 years and even made a trip to Poland in 2007 to research her life before Knabe immigrated to the United States. Once research was complete, Kobrowski said she spent one year writing the book.