You are at:Home»Current in Westfield»Open Doors breaks ground at space near Monon Trail Elementary School 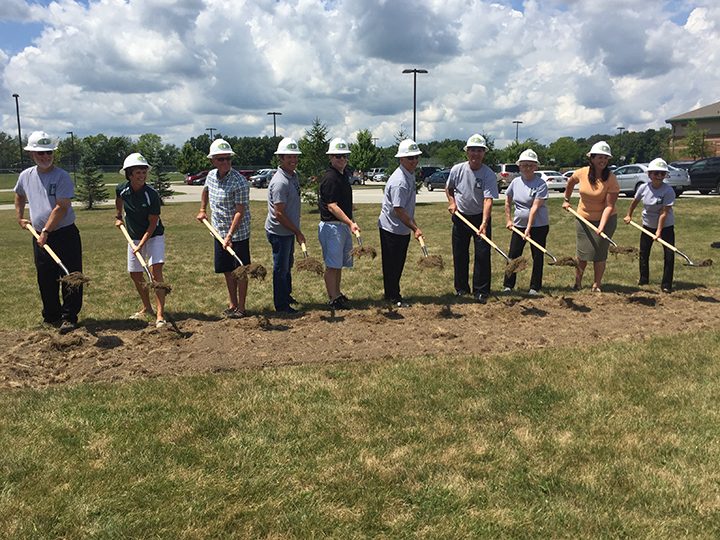 On July 30, Open Doors – a nonprofit that provides food and clothing services to Washington Township – broke ground at the location of its new facility adjacent to Monon Trail Elementary School, 19400 Tomlinson Rd., Kurt Wanniger, president of Open Doors, began the ceremony with a speech highlighting the journey of the food pantry and thanking various members and groups that helped along the way.

Among the groups and members that helped are various churches, the City of Westfield, Westfield Washington Township, Joe and Alice Trentman and others.

“Open Doors was formed 26 years ago when we got all of these pastors together for those (churches) who didn’t have food pantries in their service,” Wanniger said. “We have a lot of support every day. That’s the best thing about Open Doors is the community. Open Doors’ mission is to support the community with its physical and spiritual needs.”

Open Doors began a capital campaign last year to raise more than $300,000 to construct the new facility. Those who attended the groundbreaking ceremony received a stake to write scripture or encouraging messages on. The stakes will be buried under the new building’s foundation.

“This is a joyous occasion and a momentous occasion for the Open Doors organization,” Pastor Todd Holzworth of Northview Church in Westfield said. “I like that it’s such a great effort. All types of people and different churches are coming together to complete this.”