You are at:Home»Current in Fishers»Ginovus adds Plummer as office manager 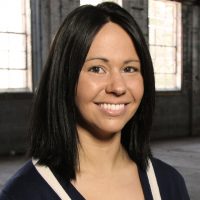 Site selection and economic development advisory provider Ginovus, which plans to move into The Switch building in Fishers later this summer, has announced Christy Plummer as its latest team member.

Joining Ginovus as office manager, Plummer previously served as a project assistant with the Indy Chamber for Develop Indy and the Indy Partnership. Prior to her economic development experience, Plummer worked in data analysis and as an executive assistant in the Denver metropolitan area.