You are at:Home»Current in Carmel»Carmel Community»For Indiana students, college worth cost 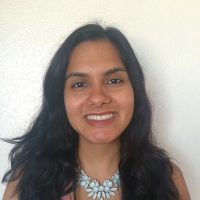 For Charu Dwivedi, college was well worth it.

“I thought going to college was an absolutely wonderful experience for me,” said Dwivedi, a 2011 Carmel High School graduate. “Besides academically, I feel that college gives students the opportunity to grow as individuals. You live an independent lifestyle and have a chance to become the person you’ve always wanted to be. Going to Purdue allowed me to get out of my shell and participate in events and organizations that allowed me to become a confident young adult.”

The first Gallup-Indiana Graduate Satisfaction Survey showed 80 percent of graduates from 13 Indiana public and private colleges said their education was worth the cost.

Dwivedi graduated from Purdue in December 2015 with a bachelor’s degree in in speech, language, and hearing sciences.

“I was originally a biochemistry major interested in pre-medicine, but I absolutely hated my classes,” Dwivedi said. 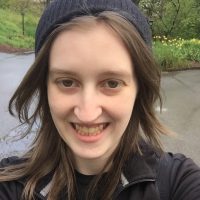 Dwivedi, who is working as a teacher at Dolce Daycare and Preschool in Fishers, will attend Eastern Michigan University this fall to pursue her master’s in speech-language pathology.

A fellow 2011 CHS graduate Alexis Cozzarelli, a 2015 Ball State graduate, is working as a historical interpreter at Conner Prairie.

“I think college is worth it if you definitively know what you want to do,” Cozzarelli said. “I was very wishy-washy on what I wanted to pursue after college, on whether I wanted to go to grad school or law school or doing something completely different.”

Cozzarelli, who majored in history, realized she has to go back to school to do what she really wants, teaching social studies. She will return to IUPUI this fall.

“I found that the opportunity of being a teaching assistant helped me rediscover my love for teaching,” Cozzarelli said. 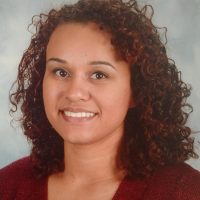 “Growing up I always had an awareness that college was important,” said Wagner, a Fishers resident. “As I got older and learned how expensive it was, and how often people drop out/change majors, I knew I wouldn’t be ready for college at 18. Some people know exactly what they want and they go for it, and I think that’s awesome. Personally, I knew that going to college for something I never experienced in the real world would be too risky.”

So she tried to explore what she wanted to pursue in lower-wage jobs.

“I saw how my experiences in the workforce carried from job to job,” she said. “I would say I worked myself around the ladder until I narrowed my interests down.”

She now plans to take her education a step further.

”For me, taking care of kids and teaching them is a natural thing, there’s a lot to consider in making a career out of it, and at this stage I’m not exactly sure what I’ll do,” Wagner said.

Worth the Investment/Debt: Overall, 81 percent of alumni surveyed agree that their higher education was worth the cost. For those with student loans, 76 percent agree college was worth it.

More Fulfilling Work: Indiana’s college graduates report work fulfillment at the national average for college graduates. Nearly half (48 percent) of Indiana alumni surveyed indicated they are deeply interested in the work they do.

Well Prepared for Life: Just 37 percent of surveyed graduates strongly agree they were well prepared for life outside of college.

Support and Guidance to Graduate: Less than half (47 percent) of alumni say they received support outside the classroom to help them graduate.

Degree-Career Alignment: Nearly one-quarter (22 percent) of graduates surveyed indicated their undergraduate degree was not at all related to their current work.