You are at:Home»Current in Fishers»Fishers Police Dept. SUV rammed in attempted escape by suspect 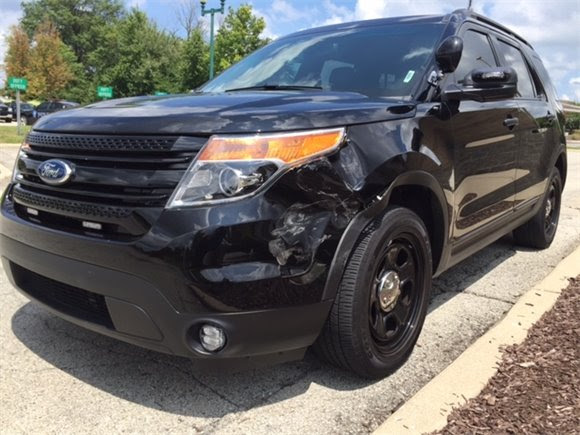 A FPD SUV was damaged after Gregory Gardner II rammed a stolen Jeep Cherokee into the vehicle July 31. (Submitted photo)

Fishers police arrested an Indianapolis man after he attempted to make a getaway that involved ramming his vehicle into a Fishers Police Dept. sport utility vehicle. 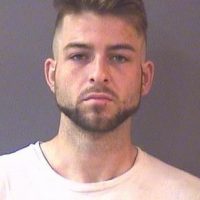 FPD officers were called to the McDonald’s parking lot at 9611 North by Northeast Blvd., near the interchange of I-69 and 96th Street, at approximately 10:30 a.m. July 31. A McDonald’s employee had observed a suspicious man parked in a black Jeep Cherokee.

As officers arrived and began to investigate, 25-year-old Gregory S. Gardner II, of Indianapolis, placed the Jeep in reverse as officers were examining his driver’s license and rammed into a police SUV, nearly striking an officer. Garner fled a short distance before striking a curb, disabling the Jeep. After two attempted carjackings and a short foot pursuit, officers took Gardner into custody. He was transported to the Hamilton County Jail.

Gardner’s charges included resisting arrest, recklessness, possession of a controlled substance, syringe and paraphernalia as well as possession of stolen property after it was discovered the Jeep Cherokee was stolen during a July 30 Marion County carjacking.