You are at:Home»Current in Carmel»Carmel Community»Carmel resident designs self-publishing book for schools 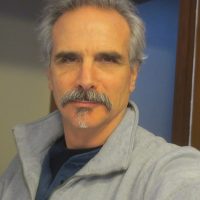 His book, “Young Authors Club: How to preserve your child’s creativity and raise funds for their schools and park,” It’s a step-by-step process on how a book can be created for students through CreateSpace.com, an Amazon company.

The Carmel resident has own publishing company, LapTop Publishing, and is selling the how-to book. Niemiec said he is providing the book free to schools and parks as a PDF.

The book is based on two courses he has taught in the past, an adult self-publishing class at IUPUI and Young Authors Club at the YMCA.

“I combined the two to help schools and churches that have schools to preserve the children’s artwork in bound books and what would happen if the parents would like to a copy,” said Niemiec, who has written several books and screenplays.

Niemiec created a book for his 5-year-old daughter as an example.

“I collected my daughter’s artwork throughout the year, and together we photographed everything,” said Niemiec, whose daughter, Paisley, was at the St. Elizabeth Seton preschool this past school year in Carmel. “I had her title all her artwork. So my daughter is now a published author.”

Niemiec said instead of shoving artwork in a drawer or box, this will serve as a keepsake. Niemiec said there is the ability to personalize each of these books. So parents and relatives can buy the books.

“It’s not just for pictures. It can also be done for poetry to songs for music CDs,” Niemiec said.

Niemiec said, for example, a school’s fundraising profit for each $12 book would be $3.61. He said schools can use the money toward their art programs or whatever they would like.

The book is available on amazon.com for $15.