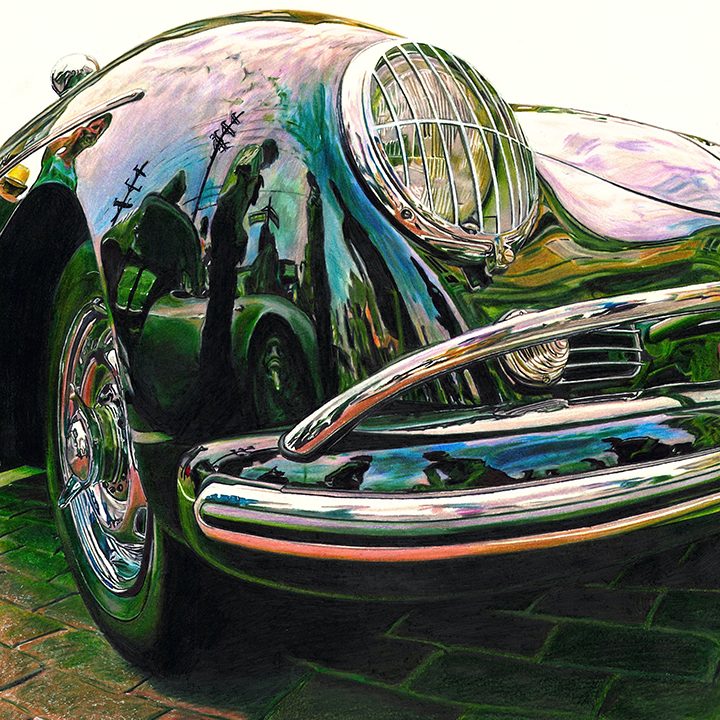 Paul Kihn focuses on cars in his artwork. (Submitted photo)

When Paul Kihn began drawing in middle school, he had no idea that just a few years later it would lead him to start his own business, PK Fine Art. 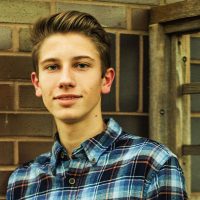 Kihn, 18, graduated from Heritage Christian School this spring and plans to study visual communications at Ball State this fall. In the meantime, he is working on building his new business.

“Senior year in high school I took this class called AP Drawing, and after doing a lot of research and trying to learn off watching Youtube videos, which was pretty big in getting to the level that I am, I decided I could use this as a career pursuit,” Kihn said.

Kihn’s drawings, done with colored pencils and paint thinner, feature classic cars, another passion of his.

His family is supportive of his endeavor, he said.

“During my junior year they always gave me good compliments about it but didn’t think it was something I should pursue as a living,” he said. “That changed from junior year to senior year when I started working on my car drawings. They encouraged me to pursue that.”

Kihn’s drawings require dedication, as each can takes upwards of 30 hours. His most detailed drawing took 40 hours.

Yet his efforts have been rewarded. He entered the Scholastic Art Awards in high school and has earned two Silver Key awards and one Gold Key award.

His goal for his artwork is to make his drawings on a larger scale, such as one that could take up an entire wall.

“I’ve had a lot of people support me and what I do,” he said.