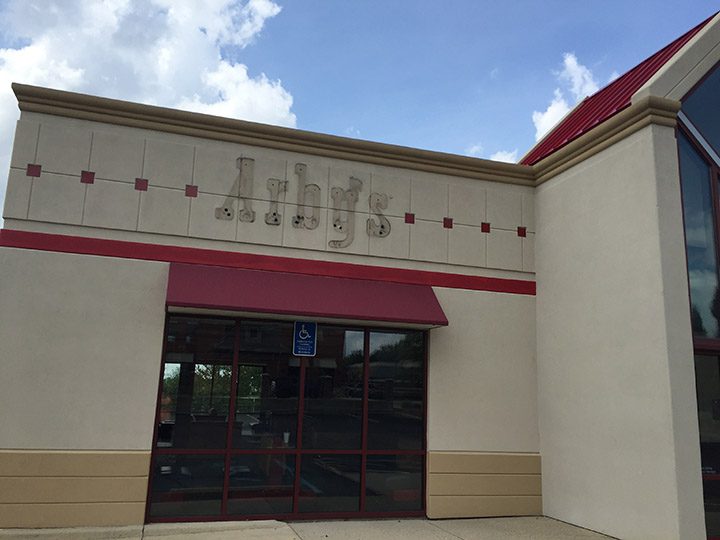 The Arby’s at Carmel Drive and Range Line Road will be demolished to make room for a roundabout. (Photo by Adam Aasen)

The City of Carmel will begin construction on a new roundabout at Carmel Drive and Range Line Road Aug. 15. The former Arby’s at the intersection has been closed and will be demolished to make way for the project.

Carmel Mayor Jim Brainard has long targeted this intersection to be transformed into a roundabout. Before the most recent election, the Carmel City Council decided to remove this roundabout from the city’s master plan.

Councilor Luci Snyder, who lost her re-election bid, said at the time, she felt business owners didn’t want motorists to travel too fast on Range Line Road because they want people to slow down and see all of the businesses in the area. Brainard said he thinks traffic congestion could cause people to avoid the area.

“There are studies that roundabouts actually improve economic activity in an area,” Brainard said.

The intersection is controlled by traffic signals and is described by Brainard as “one of the most congested intersections in Carmel.”

“Actually, 96th and Keystone is probably number one, but this might be second,” he said.

Brainard said the city bought some of the land that Arby’s sits on, and it’s possible the fast-food restaurant could relocate to another part of the city. Arby’s was slated for demolition Aug. 1, but still stood that day.

The federally funded project involves utility relocation work, a new roundabout, curbs and sidewalks. The intersection of Carmel Drive and Range Line Road will be closed beginning Aug. 15 until approximately Nov. 19. Access to local businesses in the area will remain open throughout the duration of the project.

“We’re going to see a lot of activity in this area, so this is important for the region,” Councilor Bruce Kimball said. “A lot of commuters will be using this area.”

Full costs aren’t available yet because the projects haven’t been bid out. Bids through the Indiana Dept. of Transportation will begin Aug. 10, just days before the project is set to begin.

The intersection, which handles approximately 20,000 vehicles per day, qualified for a Congestion Mitigation and Air Quality Grant that will cover $1.27 million of the project cost. The city’s portion of the construction cost will be funded through the recent bond issue, but that amount wasn’t revealed as of press time.

Next to this project, Anderson Birkla is transforming the old Party Time Rental site into a $60 million mixed-use development called The Proscenium. The project, which was approved by the council, sits on 6.5 acres at 1212 N. Range Line Rd., across from Kroger. The project includes underground parking and several buildings for apartments and office space with retail offerings on the first floor. The buildings will face a center community green with a brewery-style restaurant adjacent. A promenade walkway will lead visitors past retail offerings. 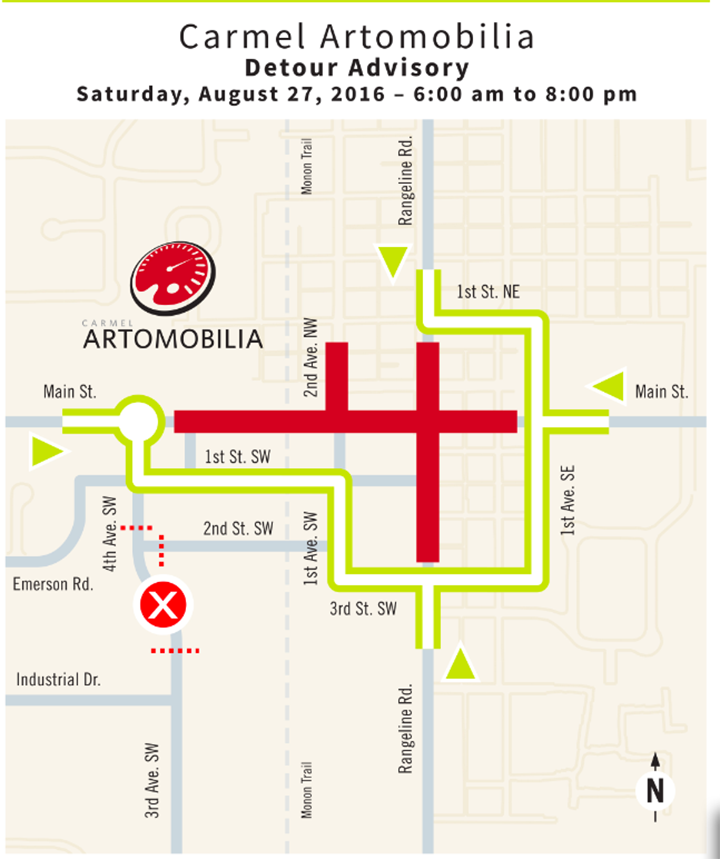