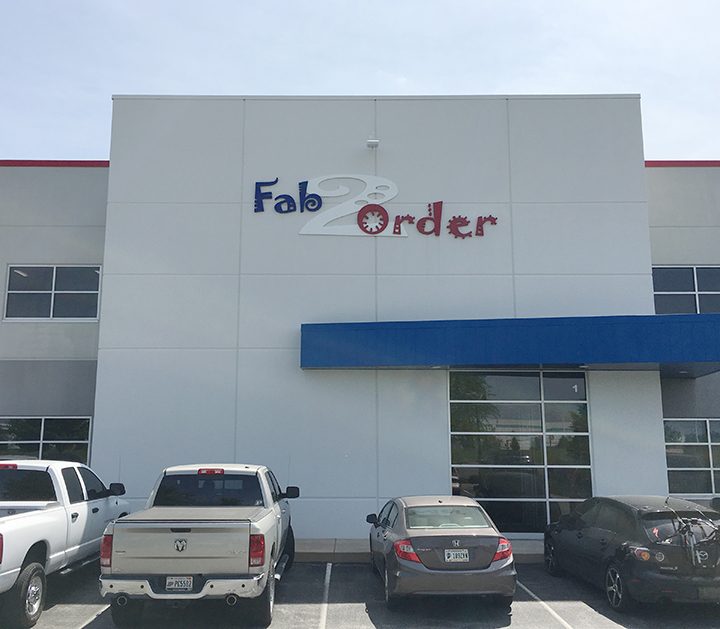 Fab2Order in Brownsburg has grown to 40 employees, 400 clients and $7 million in sales. (Photo by Megan Melton)

Fab2Order, a metal fabrication company, has come a long way since its beginnings 16 years ago with one employee in a pull barn.

Now, it has 40 employees alongside its sister company, Machine2Order.

“One of our customers, with a 15-year-old relationship with us, was looking to get out of the business,” Fab2Order Founder Jason Greeson said. “They were in Monrovia, (and) we’ve since moved them from Monrovia into Brownsburg.”

Greeson is a Zionsville resident of 16 years and a pilot. He and his family were the first employees of Fab2Order.

The Brownsburg company has experienced a lot of growth throughout the past couple years. After incorporating Machine2Order, it increased its annual revenue to approximately $7 million.

“There’s a lot of positive opportunity with the company that we bought,” Greeson said, “Three years ago, we looked at this and said, ‘Here’s what we want to do.’ And the next year we were saying the same thing and not making any progress.”

“There’s people that have worked here since the very beginning that are still working here, and there have been people that have made a difference along the way that have shaped the organization and our culture,” he said.