You are at:Home»Current in Zionsville»Zionsville Community High School basketball book a labor of love for author 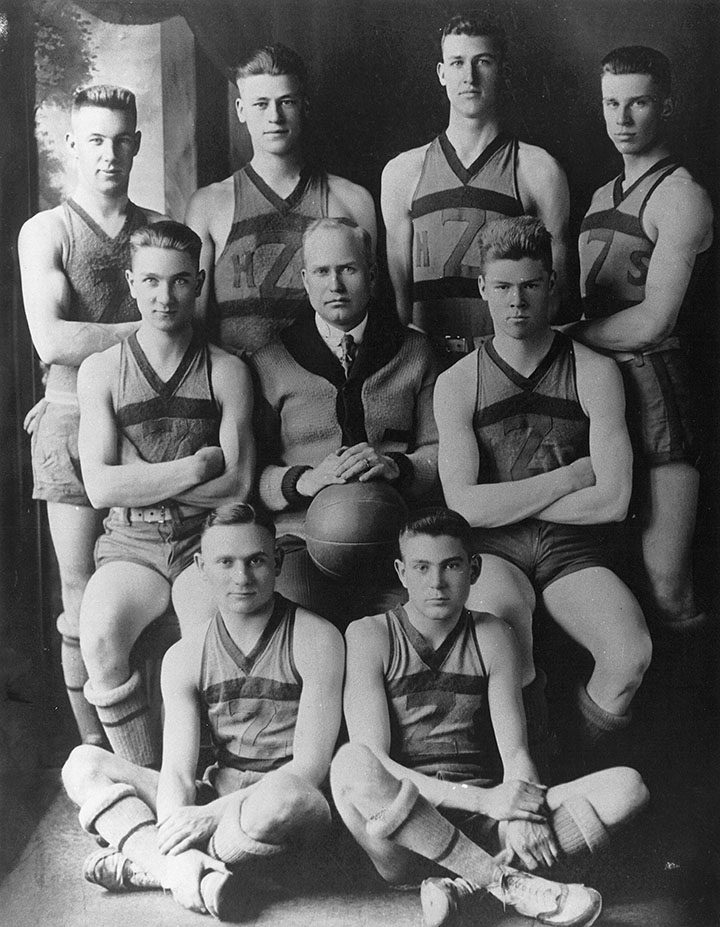 The 1919 Zionsville basketball team pulled off what is considered by some to be the biggest upset in school history, a 14-13 win against Lebanon in the sectional matchup. 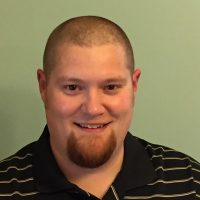 “It’s the only school I’ve managed to find that two graduates that have coached in a national championship (basketball) game,” Paddack said.

“I’ve tried to track down every point that has been scored,” Paddack said. “It’s been tough in the early years. I’ve managed to get just about everything from about 1930 on, except for a couple of games here or there. Prior to that, Zionsville was a tiny town, so they didn’t get coverage in most other papers. Small papers didn’t cover sports all that in-depth.” 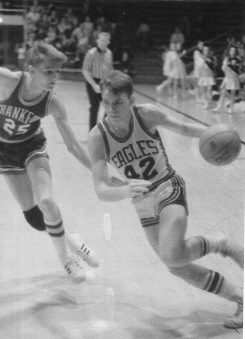 Mick Pyle, a 1972 graduate, is fourth on the school’s all-time scoring list. (Submitted photo courtesy of the SullivanMunce Cultural Center)

Paddack, 32-year-old Lebanon resident, tracked the scoring through Zionsville and Lebanon newspapers or through papers that covered the other teams.

“There were some scorebooks that I did manage to find from the 1960s and 1950s,” he said. “The current coach (Shaun Busick) was helpful and had scorebooks from his 10 years here.”

Basketball was the first ZCHS athletics program in the early 1900s. Paddack, who started at Hussey-Mayfield in 2013, began researching newspaper microfilm during his lunch break at SullivanMunce Cultural Center.

Stevens, now the Boston Celtics head coach, is the school’s all-time leading scorer. Jim Rosenstihl, a 1944 graduate, is the only ZCHS boys player in the Indiana Hall of Fame. Rosenstihl played at Butler and had a long coaching career, including stints at Zionsville and Lebanon.

“This is something I like to do,” Paddack said. “I can tell you from the other two books I’ve done, it’s not a big moneymaker. The people you meet in doing it are really interesting and (I enjoy) how excited they are that someone is looking at their history.”