You are at:Home»Night & Day»Entertainment News»Theatre on the Square in Indianapolis to present “Heathers: The Musical” 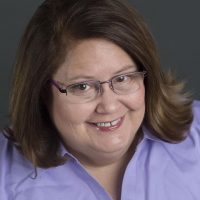 Artistic director Lori Raffel was determined Theatre on the Square was the right venue for “Heathers: The Musical.”

“I applied for the rights to this show three times, starting last summer, and was denied all three times,” Raffel said.

Raffel said according to publishing company Samuel French, the writers are very selective on who gets to do this show.

“I wrote a passionate letter to them (in April), saying that “Heathers” (the 1988 movie) was an important movie to me in high school, and I felt that no one in Indy could do it better than we could,” Raffel said. “Within days of them receiving my letter, we finally got the rights. It was pretty cool.”

TOTS will present “Heathers: The Musical” July 22 to Aug. 13. The dark comedy is about Veronica Sawyer, a smart, beautiful, teenage misfit, who is able to maneuver her way into a powerful high school clique, run by three girls named Heather.

Director Zack Neiditch said the movie was one of his favorites as well.

“The musical takes a bit of a different approach, but it’s still hilarious and the music is fantastic,” he said.

However, it is not without challenges.

“The music is very complicated and intricate and the timing of the show has to be pretty perfect,” Neiditch said. “Also the dark comedy tone is very specific as it walks a line between funny and serious. The cast is great and we’ve been progressing so nicely in rehearsals.”

Neiditch previously directed “Bat Boy: The Musical” for TOTS in the spring. Zach Rosing served as the producer for “Bat Boy” and now is in the same role for “Heathers.”

“I didn’t know much about the musical ahead of time except for the soundtrack, which I’m a huge fan of,” Rosing said.