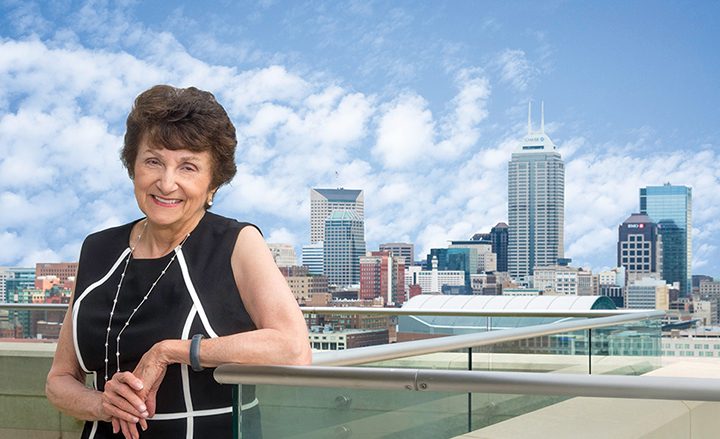 Yvonne Shaheen is one of five people to be named a 2016 Indiana Living Legend. (Submitted photo)

Civic and corporate leader Yvonne Shaheen is more than a bit modest about being named an Indiana Living Legend by the Indiana Historical Society.

“It was a surprise,” Shaheen said. “The people I’ve known that have gone in are pretty great people. One of the people that they’re also honoring with me is Gov. Mitch Daniels, and I’m certainly not like a Mitch Daniels, that’s for sure. It is an honor for me to be there with them.”

“Those are impressive people, and I don’t think of myself of that, to be honest with you,” Shaheen said.

The Bicentennial-year honorees will be honored July 22 at a gala at the Eugene and Marilyn Glick Indiana History Center.

“Yvonne is famous for the energy she contributes as a board leader and member,” said John A. Herbst, IHS president and chief executive officer. “Among cultural CEOs, she is the tiger you want alongside you while you tackle big issues.”

“I started volunteering a lot for not-for-profit companies for the past 30 years,” Shaheen said.

“I was the first woman chairman of board of the Indianapolis Chamber of Commerce (in 1999), which is funny because they didn’t even want me on the board. So that was an achievement,” said Shaheen, whose children Greg and Diana are Carmel High School graduates.

Following her husband’s death, Shaheen became president and CEO of Long Electric in 1987. Shaheen sold the company in 2001 but stayed for three more years before retiring. Now 76, she received the Indiana Lifetime Philanthropy Award in 2015, the Jack Heiney Award for Philanthropic Leadership in 2014 and Sagamore of the Wabash in 2004.