You are at:Home»Current in Carmel»Carmel Community»Engagement announcement: Aasen and Phillips 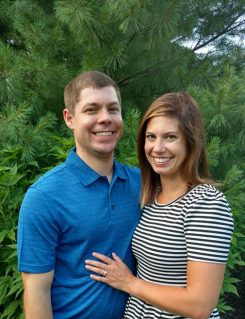 Adam Aasen and Nicole Phillips are pleased to announce their engagement, as of July 4. Aasen and Phillips both graduated from Indiana University-Bloomington in 2006. Phillips also has a Master’s Degree from the IU Kelley School of Business in Bloomington. Aasen graduated from North Central High School and Phillips graduated from Carmel High School, both in 2002. Phillips is a CPA and audit manager at Comer Nowling and Associates. Aasen is co-owner of Donatello’s Italian Restaurant and a reporter for Current in Carmel. Both live in Carmel. Aasen is the son of Beth and Patrick Aasen, co-owners of Donatello’s. Phillips is the daughter of Cindy Radaker, a retired teacher, and Nathan Phillips, a retired firefighter. Phillips has selected her sister Ashley as her maid of honor and Aasen has selected his brother Sean as his best man. Aasen also has a younger sister Samantha who will be in the wedding. Aasen proposed to Phillips during the City of Carmel’s fireworks display on Independence Day, just outside the city’s reflecting pool. A date hasn’t been set, but they are planning for a 2017 wedding in central Indiana.