You are at:Home»Current in Carmel»Carmel Community»Paying it forward: Harford family remembers son, fundraises for good Samaritans 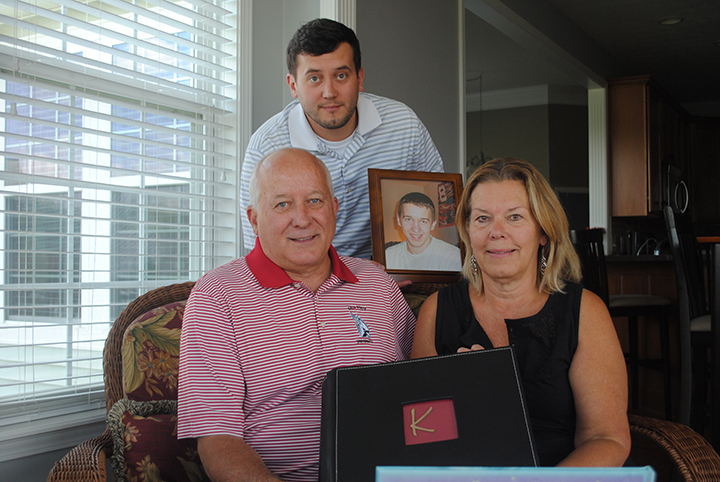 Tom and Livia Harford, of Westfield, went through a tragedy no parent wants to experience 12 years ago. Their son, Karl, 20, was murdered offering to drive three men home from a college party at Ball State.

Tom, Livia and Karl’s brother Brian, host a memorial golf outing every year for Karl, in addition to raising money for scholarships to be given to Ball State University business students who have done a good deed. Karl, a Carmel High School graduate, had plans to attend the business school.

“The outing raises money for the (Karl T. Harford Good Samaritan Endowed Scholarship Fund,)” Tom said. “The real core of the scholarship is they write an essay on random acts of kindness they have participated in, like if they help push a car out of snow or picked up somebody’s lost ID. It’s a lot of different things.”

This year will be the 13th annual outing, which began at Karl’s funeral when the Harford family asked for monetary donations for scholarships in lieu of flowers.

“We also have the scholarship recipients invited to the dinner (at the outing) and recognized, and they can actually see what the golf outing is doing,” Tom said. “We are trying to promote everyone to help others and doing random acts of kindness each day in their lives.”

Tom spends time with each team on the day of the outing, and Brian often golfs with his own team. Brian, now 31, was a freshman at Ball State and attended the same party Karl did on the night of his murder.

When he and his friends couldn’t find Karl the next day, they called the police and filed a missing person report. Karl’s car was discovered in an alley with his body in the backseat.

Karl’s family said his desire to help others included lots of simple acts of kindness.

“He would give people rides home,” Livia said. “He used to be an Arby’s manager and when they would close for the night he would give kids a ride home so they wouldn’t have to wait for their parents.”

Each year, the Harfords give out three or four scholarships valued at approximately $5,000 each through the Central Indiana Community Foundation. The golf outing is the first time the Harford family meets the scholarship recipients.

The $125 entry fee per person for teams of four includes green fees and cart, range balls, lunch and dinner, awards, a raffle, beverages on the course and more.

To donate or register, visit karlharfordgolf.com.