The 2016 Indy Film Fest kicks off this week on July 14 and runs thru July 24. It’s one of my favorite film festivals because many of the films shown will be having their world premiere here in Indiana. Two amazing films are slated for opening and closing nights, “Little Men” and “Morris From America.” Trust me, you won’t want to miss these exciting films or the after parties and the chance to meet indie filmmakers, producers and actors from around the world. As a local film producer, I love seeing what’s hot, fresh and who is making waves in the indie film industry. The Indianapolis Museum of Art is hosting the festival again this year. Two films I selected for my top five were actually filmed in Indiana and the rest are films that will leave the audience with questions and/or asking for more. Indy Film Fest Executive Director Craig Mince (Carmel) said he believes that “the core group who help run the festival are a team of people who believe in the unifying power of film – and they dedicate an unbelievable number of hours to prove that commitment.” Come experience the Indy Film Festival and help make filmmakers from around the world dreams come true. For more, visit indyfilmfest.org. 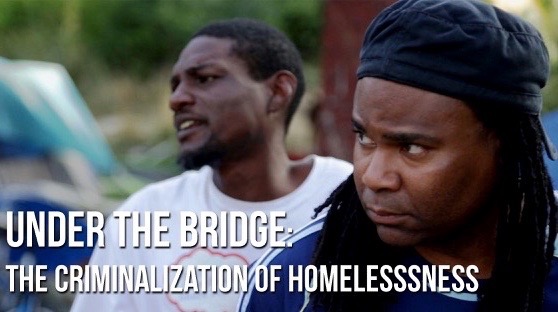 “Under the Bridge,” a documentary about homelessness in Indianapolis will be playing at the Indy Film Fest. (Submitted photo)

1. “Under the Bridge: The Criminalization of Homelessness”

A documentary film shot in downtown Indianapolis is about a tent city under a bridge, a man named Maurice and the criminalization of homeless in the United States. The unofficial “mayor” of the Davidson Street camp, Maurice is an older, dreadlocked black man who has dropped out of normal society to minister to the homeless. His camp based under a railroad track becomes a real community, supported by church volunteers, until police and bulldozers close in to shut it down. This film makes the audience think about how we deal with the homeless and how this can happen to any of us when we least expect it.

A documentary about the famous Targa Florio, a Sicilian mountain road race that, in 1906, gave birth to a new era of motor-sport that is still going strong today. Indianapolis 500 race fans will love this film, which has dramatic re-enactments with a touch of modern contributors who relate and explain the history of these epic races. The film is in English but has some Italian subtitles. It’s interesting, witty and has beautiful Italian cinematography – an IFF must see.

Filmed over the course of 15-years, the documentary film asks the question what happens when a mixed-income housing experiment collides with reality? The film centers around three public housing residents and how their lives were turned upside down when their community is torn apart in the name of progress. Cabrini is being demolished as part of a national plan to replace public housing with mixed income communities. Critics contend that the motivation is economic gain, as public housing’s prime real estate is too valuable for the low-income Black communities that live there. The film chronicles neighborhood upheaval on Chicago’s most hotly contested 70 acres of land. This film makes the audience open their eyes to situations that happen every day to low-income communities and their families.

A powerful psychological thriller shot in Indiana about a troubled Air Force veteran who finds clues to his buried memories in his young daughter’s art, while confronted by a stranger looking for answers to his past. The story, acting, music, make-up and cinematography make this film come alive. This is a feature film that leaves the audience wondering about loyalty, friendships and the call of duty. This film is an award-winning film and a must-see IFF film. 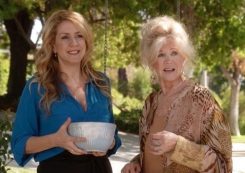 “Search Engines,” on screen at the Indy Film Fest, is the perfect film to see for a girls night out. (Submitted photo)

Sanity and relationships are put to the test when mysterious circumstances force a family to survive the annual American Thanksgiving holiday without their cell phones. A fun Indie film with a great cast including Joely Fisher, Natasha Greyson Wagner, Daphne Zuniga and the hysterical Connie Stevens. I thought this film was funny, and it reminds us that we may just depend on social media and our electronic devices a bit more than we really need to. Perfect for a girls’ night out at the IFF.