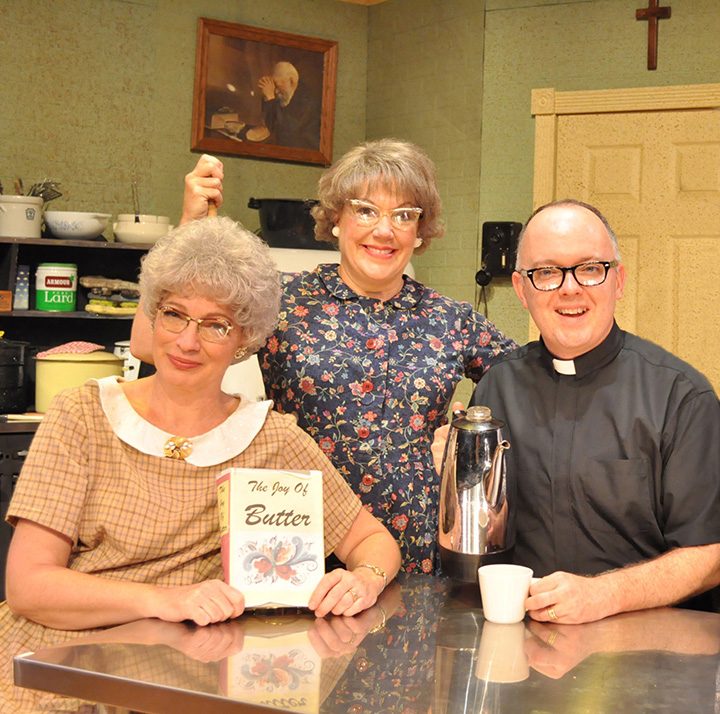 As far back as the 1940s, Walt Disney began a practice of putting its classic animated films like “Snow White” and “Bambi” in the vault. The studio did it to control sales and to allow its films to be fresh for new generations of children. The practice continues today with their video releases.

Likewise, Beef & Boards Dinner Theater will lock up one of its favorites, “Church Basement Ladies,” following its July 14-Aug. 21 run.

“We’re bringing back the original production,” said Patricia Rettig, director of marketing and media relations. “There are several in the series and we’ve presented four of them, so it can get confusing. This is the show where it all started, which we first presented six years ago. And it will be the last time we present it for a while. It’s going back into our ‘vault,’ to borrow Disney’s term.”

“Church Basement Ladies” is based on the best-selling book, “Growing Up Lutheran” by Janet Letnes Martin and Suzann Nelson. The musical comedy is about the women who work in the church basement cooking meals for church functions.  Four women do their best to organize food, stave off potential disasters, share and debate recipes, keep the pastor on due course and try to solve the problems of their changing rural Minnesota church in 1964. Jim Stowell and Jessica Zuehlke wrote the book, and Drew Jansen wrote the music and lyrics.

Three of the five actors from the original 2010 Beef & Boards cast are returning for this production: Eddie Curry as Pastor E.L. Gunderson; Licia Watson as Vivian Snustad, the matriarch of the group; and Karen Pappas as Mavis Gilmerson. New to the lineup are Lindsay Sutton as Signe Engleson and Dawn Trautman as Signe’s mother, Karin Engleson. Sutton portrayed Cinderella Beef & Boards in 2011. Trautman, a Minnesotan Lutheran born and raised, has performed this role in two “Church Basement Ladies” productions, including one with Watson and Pappas in Missouri.