You are at:Home»Current in Westfield»Christ United Methodist Church celebrates its 75th Fish Fry 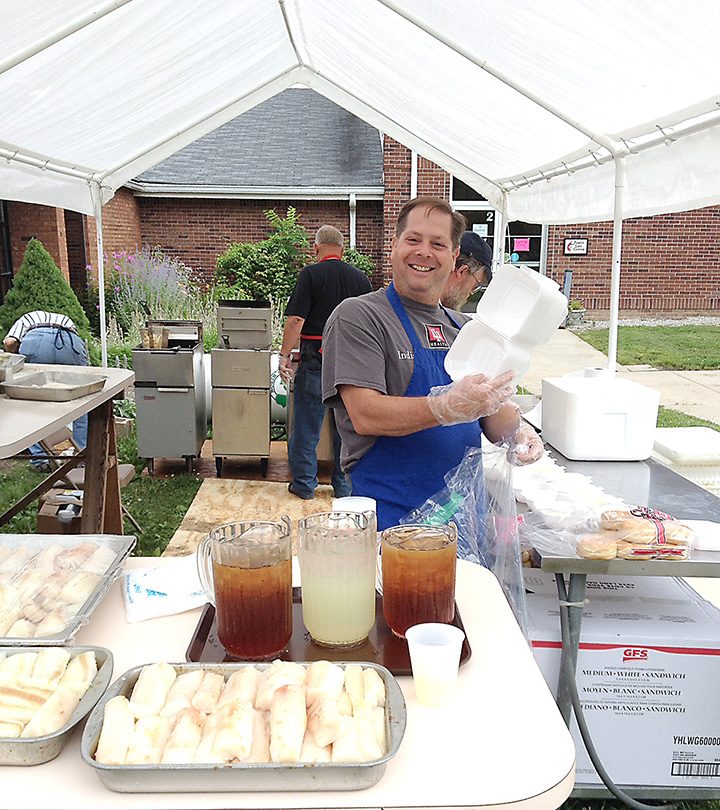 This year’s fish fry is 5 to 8 p.m. July 15 and 16 in the Family Life Center at CUMC, 318 N. Union St. In addition to dinner, there will be gift-card drawings, games and face painting for younger children to celebrate 75 years.

According to 41-year CUMC member Donita Hiatt, the fish fry has not always been as far-reaching as it is today.

“When I came here 41 years ago, it was a fairly small event, just kind of Westfield and this area people,” Hiatt said. “Now they come from Arcadia, Atlanta, over in Lapel, different ones from Fishers and from up here as well. They just kind of come from all around now because we get the news out better anymore.”

All of the food, including the fish, sloppy joes, potato salad, baked beans and desserts, is made from scratch by congregation volunteers.

“We even make our own tartar sauce. Most people buy that (at the store) and don’t even know what’s in it,” Hiatt said.

Coordinated by the church’s United Methodist Women, the fish fry’s profits will benefit the missions sponsored by the group, such as Open Doors and the Heart and Soul Clinic.

For the church’s first fish fry in 1941, non-congregation men were hired to help cook the food, but were unable to because they were inebriated when it came time to fry the fish. Instead, three men from the congregation stepped in and took over, and decided if they were able to fry the fish themselves then they could teach future church members to do it, according to Hiatt.