You are at:Home»Current in Carmel»Obituary: Larry David Wilson 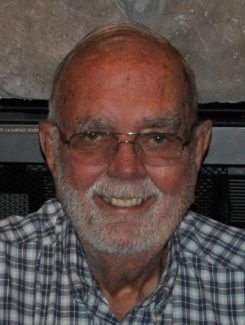 Larry joined the U.S. Naval Reserves in 1955 and was honorably discharged in 1963. He graduated from Arsenal Tech High School in 1956 and married Sandra Kay Hammack on Aug. 24, 1974, in Carmel. Larry began working for Firestone in 1962 and worked for the company for 46 years. He was dedicated to the company and the Firestone brand, which showed in his hobbies. Larry had many interests, including classic cars, woodworking, attending the Indianapolis 500, Excel spreadsheets, garage sales, antiquing and many more.

In addition to his parents, Larry was preceded in death by his daughter, Theresa Wilson, and son, Dennis Wilson.