You are at:Home»Current in Zionsville»Zionsville Police Department lieutenant honored for 44 consecutive years as a certified breathalyzer operator 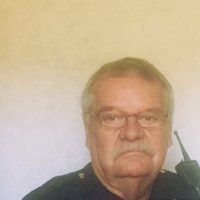 A Zionsville Police Dept. lieutenant recently received recognition for his 44 consecutive years as a certified breath test operator, a distinction that no one else in the state with an active certification has achieved.

Lt. William Lamar became qualified to operate the device commonly known as a breathalyzer 44 years ago and has never let his certification expire.

“When I became an operator in 1972, there were very few operators in different areas,” Lamar said. “Usually, the only instrument in the county was at the jail at that time. When I became an officer, I was able to get a grant to get one for Zionsville, so at least we had two in the county.”

In order to become certified, Lamar had to complete a week-long course, as well as pass the course entrance exam, which he said was quite difficult.

“I had to go for a whole week to the school, and you had to pass this horrendous entrance exam even to get in the school,” Lamar said.

Recertification occurs every two years, or whenever equipment is updated.

“It’s a lot easier, if I stop a drunk driver, to go run (the breathalyzer) myself rather than to go and try to find an operator somewhere else,” Lamar said.

After becoming a supervisor at ZPD, Lamar realized the fiscal benefits of saving the department money.

“Not all officers are certified. If one of those officers stops an OWI, and I have to run the (driver), that means two of us have to go to court, and it’s going to cost more,” Lamar said.

After 44 years of being certified, Lamar said of his most recent certification “this certification might be my last as I’m looking forward to my retirement as a police officer.”