You are at:Home»Current in Carmel»Smoothie King on track for August opening 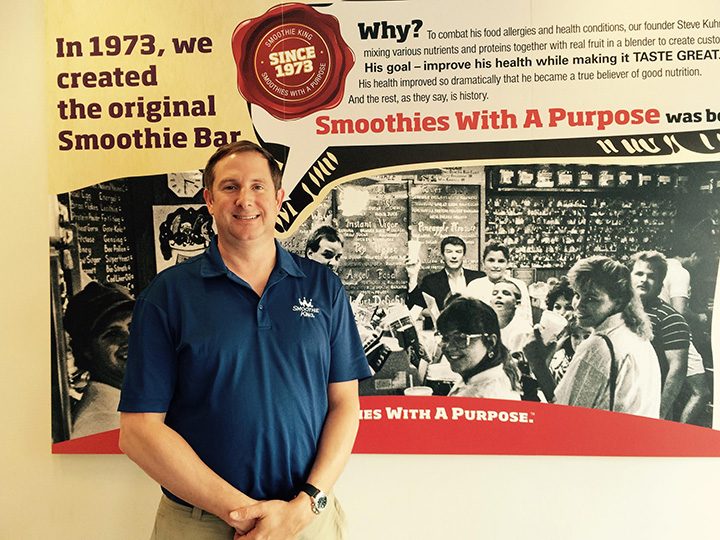 Smoothie King has found a home in Carmel.

Owner Chris Sgroi said he plans to open the store at 1366 S. Range Line Rd. (next to Mandarin House) in August. Sgroi said an exact date is too hard to determine now because of permitting.

“We’ve been looking at Carmel for awhile,” Sgroi said. “When this (spot) became available, we thought give a try and came up with pretty good terms. I didn’t think I was going to find a space that fast because you don’t know when you are looking. You have to be opportunistic in a way. The good thing about the franchise is they (corporate officers) have a real estate department that helps with this. We’ve driven the market with some of the corporate guys from New Orleans to find a really good spot.”

“We are surpassing one month after the next (in sales),” he said.

Sgroi, 47, said he expects things to pick up even more now that the summer has started, and he said he is hoping the Carmel store will open a little quicker than Fishers, which opened about two months later than the original projection.

“We got our feet wet a little bit, and we’re in the same county,” said Sgroi, who has a corporate retail background. “It’s a little different with the city of Carmel, but not too many obstacles. It’s almost the same.”

Sgroi said staffing will be similar to the Fishers store, where he has approximately 15 to 20 employees, mostly part-time.

Kevin Lortz, a Westfield resident, serves as general manager and will help Sgroi manage both stores.

Sgroi, who owns the franchises with his wife Madelaine, said he eventually hopes to open a third Smoothie King near where he lives on the northwest side of Indianapolis or perhaps in the west Carmel/Zionsville area.