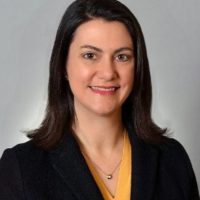 Dow AgroSciences recently received a Presidential Green Chemistry Challenge Award for its efforts to protect the environment while promoting the economic benefits of using green chemistry.

This is the fourth time the Indianapolis-based company has earned the distinction. Previously, it received honors for its work in agricultural technology.

This year, Dow AgroSciences won the award for developing a nitrogen stabilizer called Indistinct. The product helps farmers protect crop yields while helping the environment by keeping nitrogen in the root zone.

Kenda Resler-Friend, a spokesperson for Dow, said throughout 20 years of the awards program, the EPA has presented awards to 104 winners.

“These prestigious annual awards recognize chemical technologies that incorporate the principles of green chemistry into chemical design, manufacture and use,” she said.

Resler-Friend said because of this award, companies have helped to “significantly reduce the hazards associated with designing, manufacturing and using chemicals.”

Since its inception, the EPA has received more than 1,500 nominations for the Presidential Green Chemistry Challenge Award.