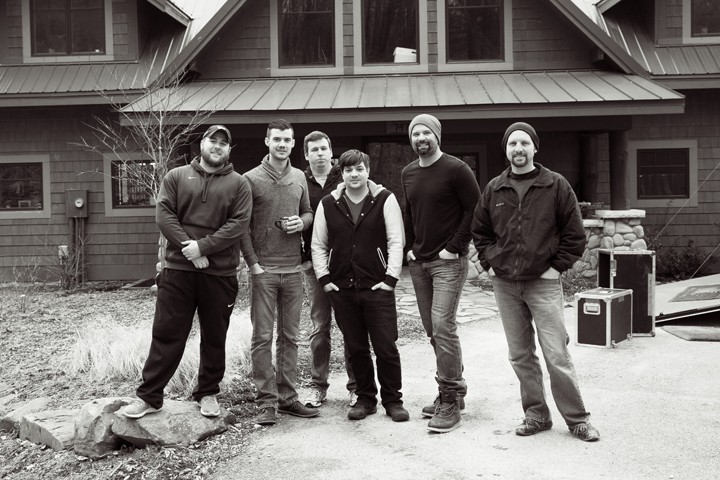 Hunter Smith is a Texan by birth and now a Hoosier at heart.

“I left Texas when I was 17 so I’ve been here well over half my life,” said the 38-year-old Smith, who was a punter for Notre Dame’s football team before being drafted by the Indianapolis Colts. “I met my wife and most of my best friends and my band (in Indiana). This is what we call home. This is where we want to live and die.”

So it’s not that odd that the Zionsville resident’s “Indiana Moon” has been chosen as the anthem of Indiana Bicentennial celebrations.

“What an honor,” said Smith. “It’s not just a song that will be played a couple of times. It’s part of the history of the Bicentennial. We were excited and extremely honored.”

The Hunter Smith Band will play during the Indiana Bicentennial Hoosier Homecoming on Oct. 15 and the Sunday’s Inspirational Celebration at the Indiana Farmers Coliseum in Indianapolis on Dec. 11, Indiana’s official 100th birthday.

Smith said his song was discussed for a few months and then recently confirmed as the anthem.

One of Smith’s guitar players, Ethan Ehrstine, had the idea for a song called “Indiana Moon.”

“He brought it to me and I wrote the song,” Smith said.  “As the principal songwriter, guys bring me ideas and we develop them.”

Inspiration struck Smith when bouncing around on the trampoline with his kids and the moon was bright.

“Suddenly this melody landed on me and this rhythm,” Smith said. “It’s a strange thing the way that songs happen. They just kind of fall on you sometimes. This was one that was very easy to sing. I knew that immediately. I could hear lots of people singing it at the same time.”

Smith said he sang it for 30 minutes before his kids pleaded, “‘Dad, that’s enough.”

The band will play at 8 p.m., Monday July 4 at Westfield Rocks the Fourth in Grand Park.  The band will then play at Back Porch Revival concert in Iowa City, Iowa, Aug. 27, opening a bill with Blake Shelton.