You are at:Home»Current in Fishers»Suspect in Fishers Subway armed robbery in custody 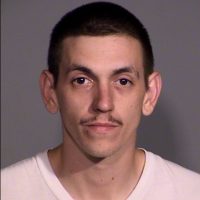 The suspect connected to the June 8 armed robbery of the Subway restaurant at 9661 Olio Rd., near the corner of Olio and 96th Street, has been identified and is in police custody.

Fishers Police Dept. officers responded to the Subway shortly after 9 p.m. June 8 after an employee reported the armed robbery. Evidence technicians processed the scene and officers established a perimeter and extensively searched the surrounding area, but the suspect couldn’t be found.

Fishers Police Dept. detectives worked to identify a person of interest, leading them to one specific individual — 31-year-old Jonathon Cope of Greenfield. As they attempted to locate Cope, FPD detectives discovered that officers with the Indianapolis Metropolitan Police Dept. had him in custody after he fled the scene of another armed robbery during the early morning hours of June 10 in Indianapolis.

Cope is being held in the Marion County Jail, and Fishers detectives anticipate formal charges — including Level 3 armed robbery charges — will be filed related to the active investigation into the Fishers Subway armed robbery.