With The Warehouse bringing in more national acts, it seemed natural that its second District BrewFest should follow suit. 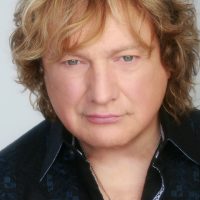 Lou Gramm, who is billed as the Original Voice of Foreigner, headlines the entertainment for District BrewFest, set for noon to 4 p.m. Aug. 20.

Gramm, who was the lead singer for most of Foreigner’s biggest hits, will perform in The Warehouse beer garden. The garden is in front of The Warehouse, 254 First Ave. SW. Gramm will play many of those hits from Foreigner and some from his solo career.

The opening act will be Sam Law, an Indianapolis musician. There will be 20-plus Indianapolis area brewers offering craft beers, said Laurie Campbell, The Warehouse’s chief operating officer.

For those that prefer wine, two wine distributers will each offer 20-plus wine selections. There will be five to 10 different food trucks or vendors.

A portion of the proceeds raised will benefit Chaucie’s Place, a Hamilton County child advocacy organization.

Campbell said only local bands appeared at the first BrewFest last year, which drew between 300 to 400 people.

Last year, the event was put together in less than two months, Campbell said. This year they have been working on the second one since winter.