You are at:Home»Current in Zionsville»Kerns to guide Blondes in flag football game benefiting the Alzheimer’s Association 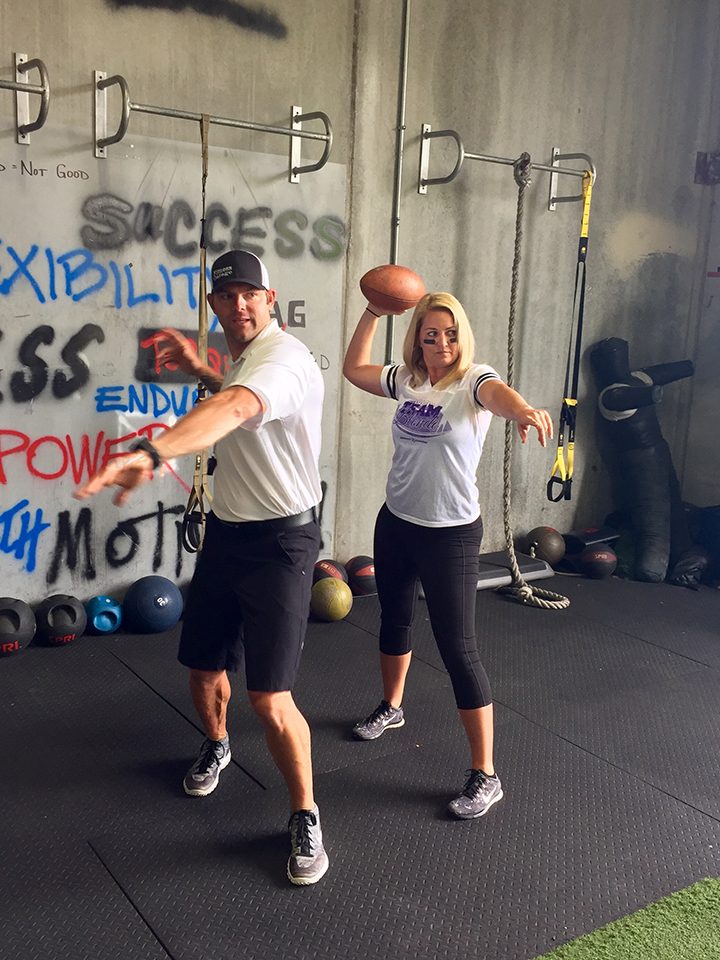 Shannon Kerns might not be a natural blonde. For that, the light brunette needs a little help from her friends at Allure Salon in Zionsville. But Kerns does happen to be a natural quarterback.

Kerns will be the QB for the Blondes in the annual Alzheimer’s Association Blondes vs. Brunettes Indianapolis flag football game, which will be held at 11:30 a.m. June 25 at Eli Lilly & Company Colonel Field.

“From a very young age, my dad taught me how to throw a spiral, so I think that’s a big pieceof  why I’m a quarterback today,” said Kerns, who grew up in Terre Haute. “Growing up through high school, they nicknamed me Shannon the Cannon because I gravitated to that position.”

This is the fourth year Kerns, 38, has played in the game.

Kerns’ said one of her best friend’s mother was diagnosed with Alzheimer’s last year.

“One of the neat things about playing is that it raises awareness,” Kerns said. “You start to learn you are much more tied to the cause than maybe you first realized.”

Christman said he got involved in the charity event when he starting dating Kerns and learned about the game’s mission.

“I had a great aunt who was a very important person to me growing up who had Alzheimer’s disease,” Christman said. “When Shannon told me about the organization, I got involved for what it meant. I was a part-time coach last year. In the off-season, I was asked to be an assistant coach, which gives me a lot more involvement in it.”