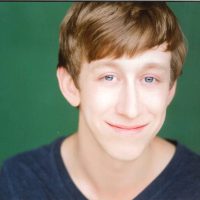 Wherever Ryan Breslin’s career takes him, there are several reasons why he’ll always have a soft spot for “Newsies.”

“It was the first show I got to be in after graduating college. It was my Broadway debut,” said Breslin, one of the original cast members of the musical. “I got to play the part of Race, a kid who ran his mouth a lot and had a lot of heart. He cared a lot about all the other newsboys. It was a really fun part to play. It was very much like myself.”

Breslin, 26, will teach two “Newsies” dance workshops June 18 as part of the Civic Theatre’s Young Artists Program. There will be a session for sixth to eighth graders from10 a.m. to noon and a 1:30 to 4:30 p.m. session for high school students and recent high school graduates.

“I started out singing and I picked up dancing along the way,” Breslin said.

Breslin will be teaching some of the “Newsies” choreography including the dance routine during the song, “Seize the Day.”

“To have someone in the business currently sharing their experiences, it feels like it connects you more,” Breslin said.

Breslin, who moved to New York after graduating from University of Cincinnati’s Conservatory of Music in 2011, regularly returns to the performing arts high school he graduated from in Atlanta to teach choreography.

Breslin also appeared in “The Book of Mormon” on Broadway. He recently appeared as a dancer in the movie “Hail, Caesar!”

“They hired the choreographer from ’Newsies’ who did the number we were in,” Breslin said. “So he hired people he knew he could work with. I flew out and stayed there for month (in California). We worked with Channing Tatum and the Coen brothers and they were all great. It was cool to see how much work was put into doing a two-minute number.”