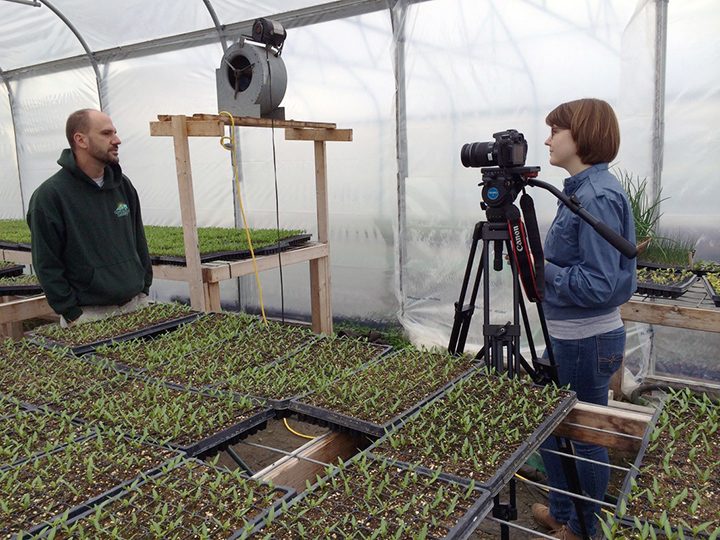 Hannah Myers Lindgren wants the public to know about the complexities of the Indianapolis growing food movement.

The Hamilton County screening, part of the Nickel Plate Arts Festival, is set for June 16 at 10 West, 10 W. Jackson St., in Cicero. The evening begins with appetizers from 10 West, followed by the film at 6:45 p.m. The 70-minute film will be followed by a panel discussion. The cost is $5 for Nickel Plate Arts members and $10 for non-members.

“Why we made this film is to show how it’s all interconnected,” said Lindgren, a former Noblesville resident who now lives in Indianapolis. “We touch on everything from food deserts and a lack of access to healthy local food, to restaurants to sourcing local food for yourself or for a restaurant to agricultural and the family farmer to the local growing movement all the way to distributions through farmers markets or online or grocery stores.”

Lindgren, a 25-year-old Lawrence North High School graduate, has a strong reason to be interested in healthy foods. She was in and out of the hospital and doctors’ offices with various ailments as a freshman at Ball State. Lindgren eventually learned she was gluten and dairy intolerant in May 2010. Living in residence halls, it wasn’t easy to have control over her diet.

“While my health issues led me on the path to making this film, what attracted me to making it about this particular topic is the amazing and intricate food scene in Indianapolis,” Lindgren said.

For other screenings, visit deliberatemediallc.com and click on Food First tab.