You are at:Home»Current in Zionsville»Zionsville man enjoys beauty, danger of working at the South Pole 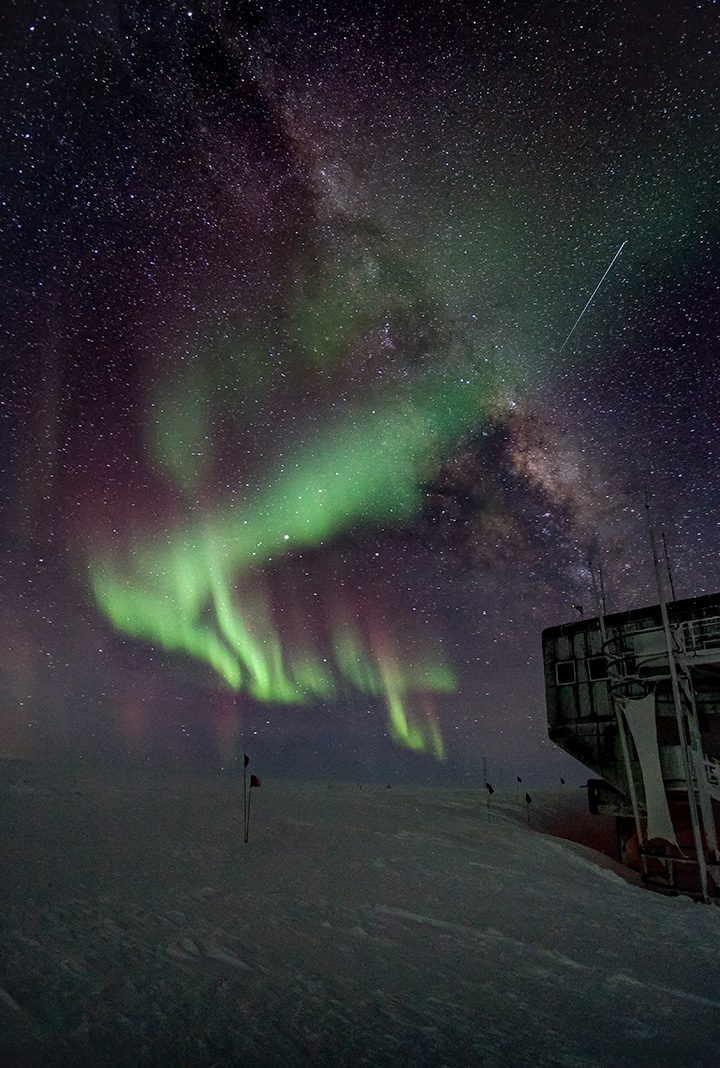 Bruce Tischbein captured a photo of the view of the southern lights from the South Pole. (Submitted photo)

Antarctica is full of both beauty and danger. But one thing it doesn’t have however, is the Friendly Tavern and its “best cheeseburger in the USA,” at least according to Bruce Tischbein.

The Zionsville resident is spending more than a year working as a heavy equipment operator for a mission support company at McMurdo Station, a U.S. research center.

Tischbein arrived in Antarctica in August 2015. He assists scientists, performs light carpentry work and removes snow from the front of doors to allow access to the buildings, among other tasks.

“I was out of work and wanted to go on an adventure as I’ve never been here,” he said. “I found [this job]online when in Denver.”

Forty-eight other people are on the mission with Tischbein. There are no flights in or out of the area between February and November when temperatures are at their coldest, and they keep in touch with the outside world through the Internet. They have to time getting online just right, as they rely on a satellite that comes by once a day for only a few hours.

As for the differences between Zionsville and the South Pole, Tischbein said there is no comparison.

“The most beautiful site here is the sky,” he said, “The moon comes up once a month and it is spectacular. It’s up for 24 hours for about 10 days, so it’s like the sun shining here.”

Tischbein celebrated his 60th birthday at the South Pole and plans to come back to Zionsville in October.