You are at:Home»Current in Zionsville»Zionsville Historical Society program celebrates 200 years of Hoosier history 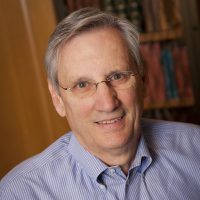 Cramming two centuries of Indiana history into roughly an hour is a pretty big task, according to James H. Madison, but he intends to do his best when he presents “200 Years of Indiana History.”

The free program, sponsored by the Zionsville Historical Society, celebrates the state’s bicentennial. It will be held at the Zionsville Lion’s Clubhouse, 115 S. Elm St., from 1 to 3 p.m. June 12.

Madison moved to Indiana from Pennsylvania when he was 21 years old and began teaching a class about Indiana history in the 1970s at Indiana University. He wrote his first book about Indiana in the 1980s.

“I’ve got this strange fascination with Hoosiers,” he said.

He will present highlights of Indiana history with connections between past and present to help Hoosiers think about their future.

“We’ve really learned a lot more about many core aspects of Indiana history,” he said, citing women’s history and environmental issues among the kinds of subjects that have come to the forefront in the 21st century, versus those explored in the previous half century.

Madison, an emeritus professor of history at IU, has published half a dozen books about the state, most recently “Hoosiers: a History of Indiana.”

“I’m kind of an Indiana missionary,” he said, in particular during the state’s bicentennial. “I’m trying to recruit people to Indiana history.”