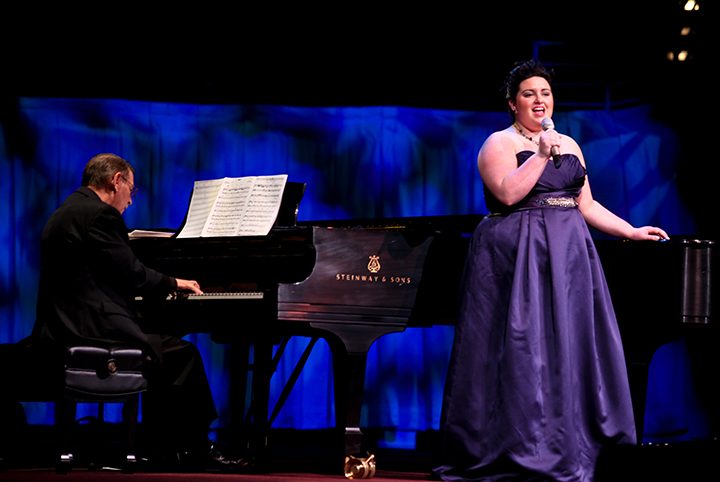 Maddie Baillio on stage at the Palladium in Carmel. (File photo)

Maddie Baillio, 2014 winner of The Songbook Academy®, will star as Tracy Turnblad in the upcoming NBC production of ” Hairspray Live! ” She joins a star studded cast for the Dec . 7 production, including Oscar winner Jennifer Hudson, Tony winner Harvey Fierstein, and Emmy and Tony winner Martin Short.

Students have the opportunity to participate in workshops, one-on-one coaching sessions, and master classes with music and theatre industry professionals, as well as educators from top college arts programs from across the country.

“Maddie is a rare talent,” s tated Michael Feinstein, five-time Grammy nominee and founder of the Great American Songbook Foundation. “Her musicianship and song interpretation skills are well beyond her years. Not only does she have a gorgeous voice, but she has impressive comic chops. America is going to fall in love with her,” said Feinstein.

Maddie Baillio, from League City, Texas, served as the 2014 Great American Songbook Youth Ambassador. In this role, Baillio performed to capacity audiences at venues such as Carnegie Hall, Jazz at Lincoln Center, the Kennedy Center, and Birdland Jazz Club with Michael Feinstein. She recently completed her sophomore year at Marymount Manhattan College, where she starred as Winnifred in “Once Upon A Mattress” and in the title role of Frank Wildhorn’s ” Dracula. “