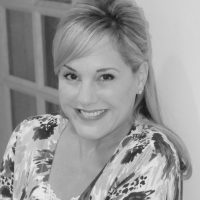 Lucinda (Cindy) Phillips has been intrigued by “Time Stands Still” since it was first produced.

Phillips will play Sarah, a photojournalist, in Theatre on the Square’s production of “Time Stands Still” from June 17 to July 9 at TOTS, 627 Massachusetts Ave., Indianapolis.

Sarah has returned from covering the Iraq War after being injured in a roadside bombing. Her boyfriend James is a reporter and feels guilty for leaving Sarah alone in Iraq.

“It’s a dream role,” said Phillips, an Indianapolis resident. “It’s just an amazing story. It’s very relevant to things that are going on today. It is just as important today as it was when it was first produced (in 2009).”

Director Gari Williams, who lives on the Carmel and Indianapolis line, said the four-person play is about couples juggling personal and professional goals.

“They deal with how your personal life can be at odds with your professional life,” Williams said. “That’s the major conflict in the play.”

James wants to start a family while Sarah is committed to her career.

The play also centers on the relationship of Sarah’s mentor, a photo editor, and his much younger girlfriend.

“They are kind of at a crossroads where they have to pause and decide where they want to go with their lives,” Phillips said.

Phillips said one of the challenges of the play is the physicality of it.

“She is scarred, she has a broken leg and a broken arm and has been in a coma for weeks,” Phillips said. “Now she is back in New York in her apartment and it doesn’t feel real. So trying to convey that is a challenge. Luckily, I have a great director who is helping us all. We’re also Midwesterners playing New Yorkers. So it’s a challenge trying not to sound like a Hoosier. We’re trying not to have an accent at all.”

Williams directed “Love, Loss, and What I Wore,” which included Phillips as a cast member at TOTS in 2015.