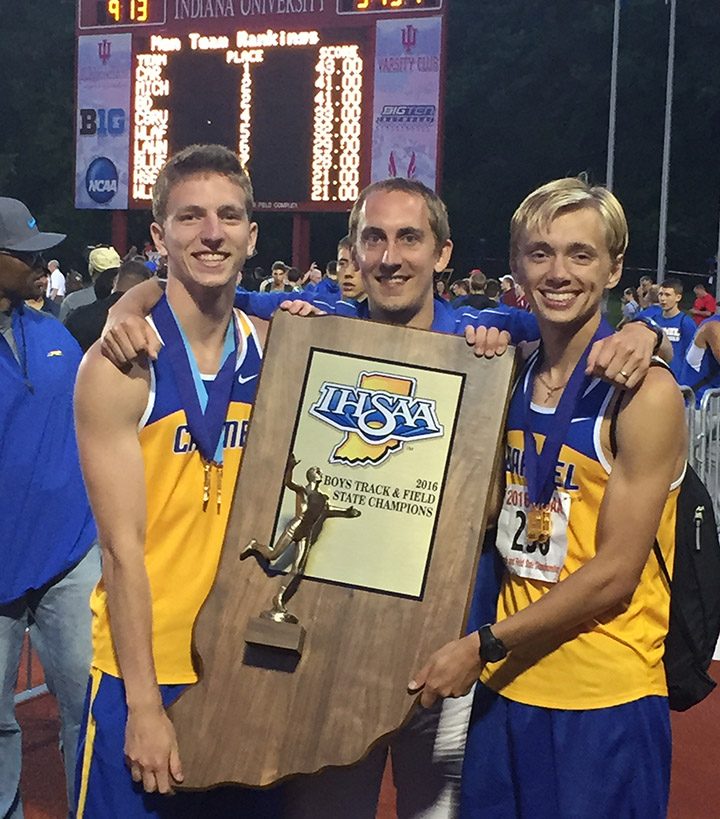 Carmel High School senior Ben Veatch had a shot at the state record time in the 3,200 meters.

“He said, ‘Coach, I need to double for us to win the state title,’ and he made that decision he wanted to do it for the team,” Greyhounds track and field coach Ken Browner said. “He didn’t care about the individual accolades.”

“My team is the ultimate motivating factor for me,” Veatch said. “When I’m running for them, I’m going to be hard to beat.”

Carmel was trailing Michigan City and Ben Davis 41-33 when the 3,200 meters, the second-to-last event came up. Veatch, the defending state 3,200 champion, was the only competitor from those three schools in the final two events.

“I’m definitely a two-mile guy,” Veatch said. “The longer I go, the better I get so the mile was a bit scary with all the great guys in the state.”

Veatch said his confidence grew when he won the Miracle Mile in Indianapolis in April with many of the best milers in the state.

“I knew I could get the (state) win after that meet because I knew I had won a top competition that early in the season before some of my later speed training,” Veatch said.

Veatch, who will compete in cross country and track for Indiana University, will now train for the Brooks PR Invitational on June 18 in Seattle.