You are at:Home»Current in Westfield»Neighborhood Network: Aaron Sherrick works with the police department to provide city networking through the Nextdoor app 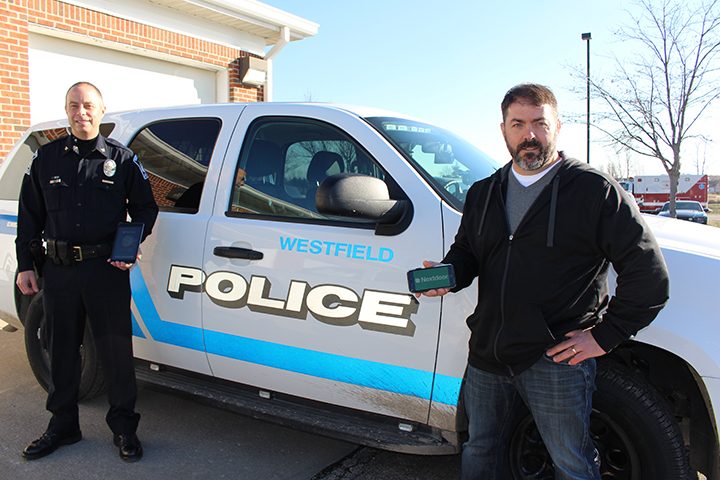 There are many social media networks that provide updates on how friends and family are faring and provide pictures of what they’re up to. Yet Aaron Sherrick of Westfield encourages a different type of social media mobile application to promote networking between the Westfield neighborhoods, the Westfield Police Dept. and the city.

Sherrick, who lives in Countryside, said his Home Owner’s Association wanted to find a way to communicate to neighborhood inhabitants. 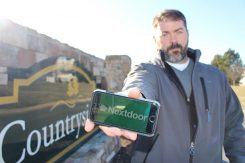 Aaron Sherrick began encouraging neighbors to use the mobile app for communication. Nextdoor is now in every established neighborhood in Westfield. (Photo by James Feichtner)

Nextdoor, a start-up app out of California, ended up being the solution.

“Another neighborhood reached out and said there was an online site called Nextdoor up and starting. The neighbor was like, ‘This might be a good tool to start using,’” Sherrick said. “Really what drew me to it was the ability to get the neighbors signed up on it and be able to use it as a community tool. It also had a feature called ‘alerts,’ so if there was something you had to get out there quickly, you could send out an alert that would send an email or a text to the user.”

Sherrick began using the app in his neighborhood in 2013 and also involved Countryside’s neighborhood watch with the alert feature. He also began working with Assistant Police Chief Scott Jordan to spread the word of Nextdoor to other neighborhoods.

“We kind of took advantage of it because it’s a great opportunity for us to communicate with all residents a little differently and utilize technology to help us do that,” Jordan said. “It helped us enhance communication with all the residents and neighborhoods.”

Police would send out neighborhood-specific or city-wide alerts to notify residents of crime, like burglaries.

All neighborhoods in Westfield are set up on the Nextdoor site, and only the individual neighborhoods can see each other’s posts. The site verifies addresses, so posts on the site are from different residents in the neighborhoods.

“Nextdoor has become a great feature for the city to communicate to us through, the communications department in the city posts information to the neighborhoods like press releases or anything city related,” Sherrick said. “The city’s been doing a good job on social media lately, they’re using many avenues and Nextdoor is one of them.”

The app is free. To learn more, visit nextdoor.com 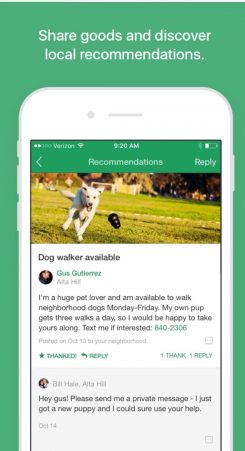 Sherrick said that some residents use Nextdoor as a way to utilize technology as a garage sale tool or to offer services. 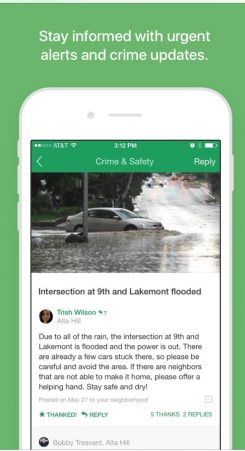 Sherrick connected with the Westfield Police Dept. to alert neighborhoods about nearby crime or suggestions from the police. 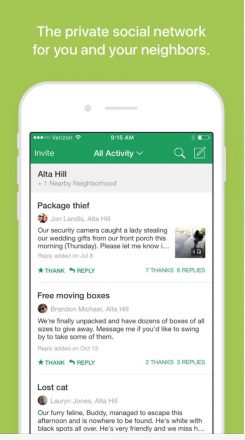 Nextdoor can be used for general information, such as snow shoveling tips or city press releases. 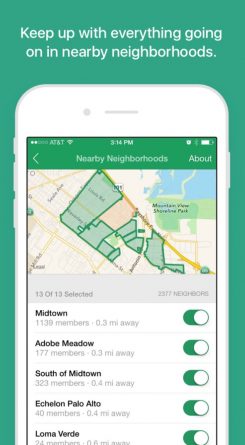 Neighbors can select which nearby public neighborhood posts they want to view on their app.