You are at:Home»Current in Carmel»Carmel Community»Kingston’s expands video, audio services

Kingston’s Music Showcase has added to its services again with video and audio service departments. 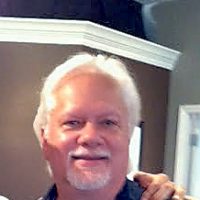 “We’ve going to be able to do multi-track audio and we’ve got 4K cameras to do video shoots,” owner Rick Kingston said. “We did a nine-camera shoot the other day.”

This gives his Carmel business, 340 Ridgepoint Dr., another major option for bands.

“If someone wants to do a full album project we’ll be able to do it right here,” Kingston said.

Jim Geiman, who lives in Lagoda, started offering the video production in March in a full suite. Geiman, who has moved his business called The Glass Eye Group into Kingston’s, has the ability to shoot rehearsals, gigs and create custom promo videos for bands and singers. Geiman also offers still photography. He has worked with such artists as Jon McLaughlin, John McEuen of the Nitty Gritty Band and Naptown Boogie, among others.

“We started running the different videos that he’s done before on our flat screen TV on a loop,” Kingston said. “It started the conversation that way and clients ask do you do video. We’re booked for three months.”

Kingston said Geiman and Lieber have worked with him on other projects before.

Kingston’s has three fully equipped rehearsal studios and a luthier for setting up and repairing guitars and amp repair.

Lieber provides recording services in rehearsals and showcases at Kingston’s and is available to record remote gigs at a band’s request. Among the artists Lieber has worked with are The Wright Brothers, Jennie DeVoe and Gene Deer.

“We could always record rehearsals but it was in two-track stereo, now we can do multi-tracks,” Kingston said.

Kingston’s has a full recording studio, including an isolation booth for vocalists and drummers.

Kingston’s also can provide voiceover productions and demos. The retail showroom is open from noon to 9 p.m. seven days a week. To inquire about rehearsals, events or services, call Kingston at 317-979-0137.