You are at:Home»Current in Carmel»Carmel Community»Column: Civic fundraising to focus on education, imagination 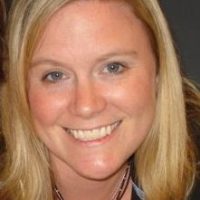 Civic Theatre will celebrate an evening of imagination, education, and participation at its annual gala on June 18. The theme of the evening is taken directly from the first show in Civic’s 2016-2017 season, Mel Brooks’ “Young Frankenstein.” Named for one of the musical numbers in the show, the “Puttin’ on the Ritz” fundraiser will support theatre education and outreach.

The evening’s events will feature a wine pull, silent auction and an inspiring look into Civic’s education and outreach initiatives. The schedule for the evening includes a cocktail hour and fun surprises from members of Civic’s Jr. Civic and YAP programs, first in the lobby of the Tarkington. The party moves into The Studio Theater where dinner will be served, and music will be provided by members of Civic’s IPL Orchestra. A presentation of annual Jr. Civic Awards, and performances by former and current Jr. Civic students caps off the evening with Master of Ceremonies, Civic Theatre’s Director of Music and Education, Brent E. Marty.

Civic will also hold an online celebration of its 101st season through its second annual Day of Giving, on May 13. Civic has a rich history and has been a staple in the central Indiana community for over 100 years. By encouraging its supporters to participate, May 13th will become #Civic101 day on social media. Those interested may participate in one of the following ways:

Make a gift at any level, post on social media, sharing what Civic means to them, using #Civic101, or challenge colleagues and friends to match contributions and post about Civic’s impact on their lives. With this effort, Civic will be poised for success as it moves into its 102nd consecutive season.