You are at:Home»Current in Zionsville»Zionsville resident helps bring Up with People camp for kids to area 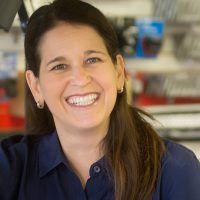 As an Up with People alum, Zionsville resident Pau Nelson is familiar with the organization’s mission.

Up with People started in the 1960s when there was social turmoil in the United States.

“It started with a group of college kids who wanted to build bridges and build understanding among cultures and society,” Nelson said. “For the last 50 years, it has been for college students.”

Nelson, who grew up in Mexico City, traveled all around the world as a UPW cast member in 1991.

“As a former teacher, I thought it was great message to bring to the kids in Indiana,” said Nelson, who has been living in Indiana for 20 years.

Nelson left teaching one year ago to work in her husband’s family business.

“The idea is to bring the camp internationally so throughout the year my kids from Indianapolis can have pen pals,” Nelson said. “Our idea is to have our campers connected with campers all over the world. So that’s the main purpose of the camp.”