You are at:Home»Current in Westfield»Indy Eleven partners with Grand Park 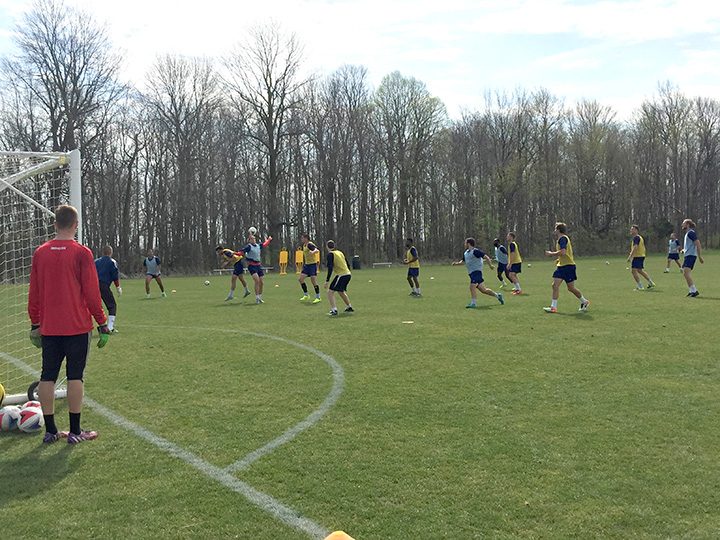 Announced earlier this month, Indy Eleven Professional Soccer has not only extended their training sessions with Grand Park, but also elected to make the Westfield spot a permanent home for the Indy Eleven National Premier Soccer League developmental team.

“It makes a certain amount of sense for Indiana’s professional soccer team to partner with what is the state’s premier setup for soccer, Grand Park being the wonderful facility that it is,” said John Koluder, director of public relations for Indy Eleven Professional Soccer. “We have trained there for the past two years, and this year’s partnership allows us to have a more permanent space with locker rooms, medical rooms and more.”

Indy Eleven NPSL is in its third year, and Koluder said after hopping around at different venues, it’s nice to settle the developmental team at Grand Park.

“Being no strangers to Grand Park and the people in Westfield, we have a very good relationship with the city,” Koluder said. “We are excited to make it a more permanent location this season.”

The Indy Eleven Professional Soccer team practices at Grand Park daily except for the Fridays before a home game. Practices generally run from 10 to 11:30 a.m. and are open to the media and public.

“It is a pleasure to have Indy Eleven use Grand Park as their practice facility,” Mayor Andy Cook said. “Indy Eleven attracts players from all over the world and the team brings with them a level of expertise with them that is unmatched. Grand Park is not just for our local families through our exceptional rec league programs, but the facility also offers quality fields and amenities that players from around the world and Indy Eleven appreciate. We look forward to sharing our space with them.”