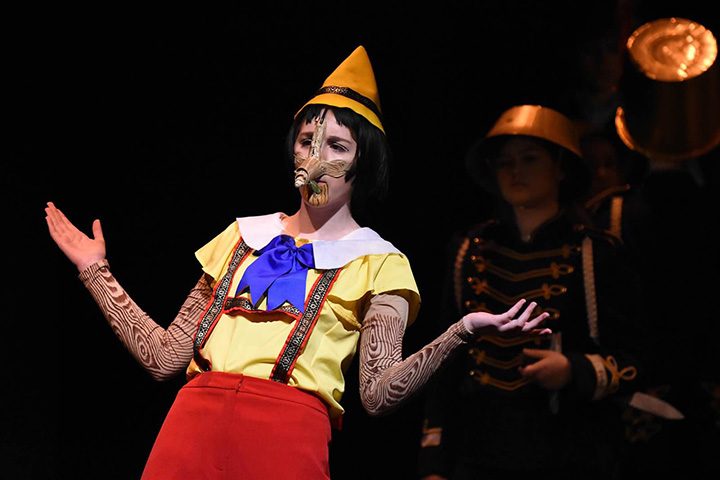 Lexi Esterle as Pinnochio in this season’s winter production of “Shrek, the Musical.” (Submitted photo)

CYT is a children’s theater, with actors ranging in age from 8 to 18.  Classes and summer camps are also offered for ages 4 to 18.  CYT prides itself not only on its professional-quality productions, but also on building self-esteem, public speaking talent and team-building in its students.

“I’m always amazed by what CYT does with these kids.  The professionalism amazes me,” stated Tony Johnson, assistant director of CYT’s “Mary Poppins,” which opens this June at Westfield High School.

“We’re doing a straight play, without music, for the first time this year,” said CYT’s managing director Laura Baltz. “That’s an exciting addition for our students that may way to really focus on their acting without singing and dancing.  It’s a great way for them to really stretch themselves artistically.”

The shows will include: