Kimberly Lowe describes the CarmelFest Has Talent competition as an amazing opportunity.

And the Indianapolis voice and piano instructor made the most of it by winning the 18-and-older division last year.

“I had several of my voice students try out with me last year, one (Ellie Buening) made it into the top three in her (12-and-under) age division,” Lowe said. “I was actually challenged by my students to enter. I am always telling them you can do anything you set your mind to so they called me out on that. I have competed in competitions in my younger years but CarmelFest Has Talent was by far the most professionally-run competition I have ever entered, from the panel of judges at auditions through the two-day event with an amazing MC and judges there as well.”

Since she already won her division, Lowe is not eligible to compete in the talent show again. 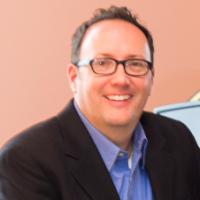 “We’ve got a mix so far of returning people and some new people,” said Chris Lewis, who serves as a talent director for the competition.

Lewis said it is fun to watch some of the younger contestants mature as they come back each year.

Lewis, director of programs for The Great American Songbook Academy, said in the past singers had to sing with a recorded accompaniment of themselves or a karaoke track.

“This year they can accompany themselves on guitar or piano,” Lewis said. “We have singer-songwriters who have auditioned in the past but have never been comfortable not playing for themselves (on stage).”

Auditions to select the top five in each age category to compete will be held in late May and June. Lewis said there were close to 60 applicants last year.

Contestants must live in Indiana and cannot be professional singers (having an agent or singing contract of any sort).

The registration fee is $25. To enter, visit carmelfest.net/cfest-has-talent.