You are at:Home»Current in Carmel»Carmel Community»Carmel women serve as 500 Princesses 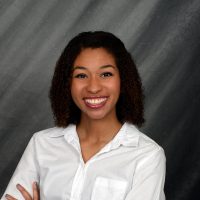 Briana Smith seemed destined to be a 500 Festival Princess.

After all, her father, Jeff Smith, was once one of the directors in the program.

“I always grew up knowing his princesses,” Smith said. “I’m still close to some of those princesses today. I knew when I was younger I wanted to be involved in it.’

Smith went to many events when she was younger including Kids Day, the 500 Festival Parade and the Indy 500.

“Every single year I went to the parade,” she said. 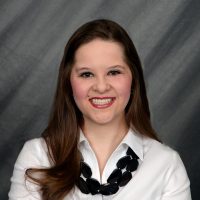 Smith said she is most looking forward to the 500 Festival Memorial Service, which will be held at noon May 27 at the Indiana War Memorial.

“I think it’s an amazing way to honor those who serve our country,” Smith said. “It’s what Memorial Day is all about.”

Smith made it to the second round of 500 princess interviews last year, but wasn’t picked.

“I’m glad I didn’t get it, because I’ve grown up so much in the past year,” Smith said.

Smith plans to become a clinical psychologist working with adolescents struggling with anxiety and depression.

Kriech, an IUPUI junior majoring in organizational leadership and supervision, said she was attracted to the program through her community service.

“That opened the door for me to understand what leadership is and what it means,” Kriech said. “When I found out about the program and learned I could transfer those leadership skills into a corporation or a business setting, I was really interested in learning more about that. People in the program fit my personality super well. Overall, it’s a great fit.”

Kriech said she always followed the race, but has never been to the race or the parade.

“I have a few favorite drivers,” Kriech said. “I love the Andretti family. Just taking in the experience as a whole is going to be incredible this May. The parade will be exciting.”