You are at:Home»Current in Carmel»Carmel Community»American Legion dinner to benefit young girl recovering from cardiac arrest 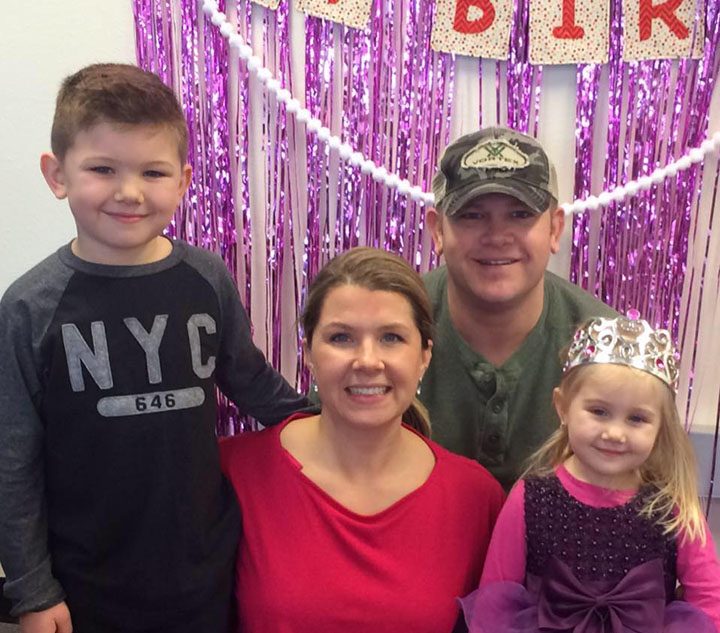 Hannah Giggi and her family live more than three thousand miles away in Kodiak, Alaska. However, her great-aunt Judy Holmes wants to make sure they know people here care. 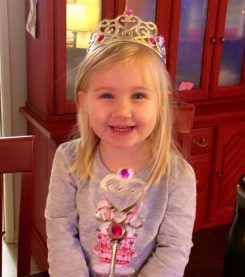 Hannah, 3, sustained substantial neurological damage from the lack of oxygen during a cardiac arrest. Hannah’s mother, Amanda, has had to quit her job to care for Hannah.

To help with the many expenses, the Carmel American Legion, 852 W. Main St., where Holmes and her husband Charlie are members, is holding a chicken dinner fundraiser from 6 to 8 p.m. May 21.

“The Legion helps veterans, and her dad (Greg) is a career (U.S.) Coast Guard guy,” said Holmes, who lives in Whitestown.

On Feb. 29, a few days after her third birthday party,  Hannah experienced a coughing attack while recovering from pneumonia. She went into cardiac arrest at the doctor’s office and was airlifted to Anchorage.

“She was on the ventilator 11 days and she was in the hospital for a little over six weeks,” Holmes said. “She isn’t blind, but she doesn’t see because the brain waves to the optic nerves aren’t working. She doesn’t have any motor skills whatsoever. She can’t swallow and she needs a feeding tube.”

The long-term extent is unknown but the family is hopeful she regains some of her functions and mobility.

Holmes said Greg is attempting to get re-stationed from remote Kodiak to somewhere else so Hannah can get the better care that she needs. Hannah has a 5-year-old brother, Connor.

The dinner will feature Charlie’s fried chicken, which is often made for Legion dinners. It will include several sides and dessert. The cost is $9 for adults and $5 for children 12 and younger.

“Charlie and I are buying all the food, so 100 percent of the proceeds are going to Hannah and her family,” Holmes said.

Those unable to attend the dinner who would like to make a donation can send a check made out to the American Legion, 852 W. Main St., Carmel, IN 46032. (Attention: Judy Holmes).