You are at:Home»Current in Westfield»Workout Anytime now open

Alex Alexander has always had an interest in fitness. 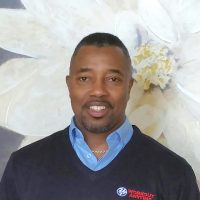 “Health, wellness and nutrition is my passion,” Alexander said. “So another business partner (in another venture) thought he found something that was a perfect fit because I was a fitness dude.”

Alexander, a Zionsville resident, agreed and has become a Workout Anytime franchise owner.

Workout Anytime, 5633 Pebble Village Lane, Noblesville, opened in early April. Alexander said the business is on the border of Noblesville, Westfield and Carmel and expects to serve all three communities.

He’s currently an aircraft mechanic for a company at the Indianapolis International Airport.

“They decided to do a 24-hour club, and the idea was to take the amenities out like juice bars and nurseries and other things they didn’t make any money on,” said Trotter, who owns a franchise in South Carolina. “It was such a hit. Then they decided to franchise in ’07. That’s when I came on, and we started selling off company-owned clubs and developing the Atlanta market.”

Trotter said most franchise owners open Workout Anytime as a side business.

“It’s a way to diversify and have another income string as they’re getting ready for retirement,” Trotter said.

The memberships are month-to-month at $15 per month in Noblesville. The cost for a premium membership is $25 per month and includes unlimited tanning, HydroMassage, guest privileges and personal trainer consulting.

The gym is open 24/7 with access keys. The staffed hours are listed on the site, workoutanytime.com/locations/noblesville. There also is a Facebook page under Workout Anytime Noblesville.

Alexander said the enrollment fee is being lowered from $118 to $1 until the end of the month.

Alexander said he might add a second location in the Indianapolis area in the future. Trotter said 63 of their owners have multiple Workout Anytime gyms. This is the third Workout Anytime in Indiana. The first two were Jeffersonville and Warsaw.