You are at:Home»Current in Carmel»Carmel Business Local»Silver in the City celebrates anniversary May 7 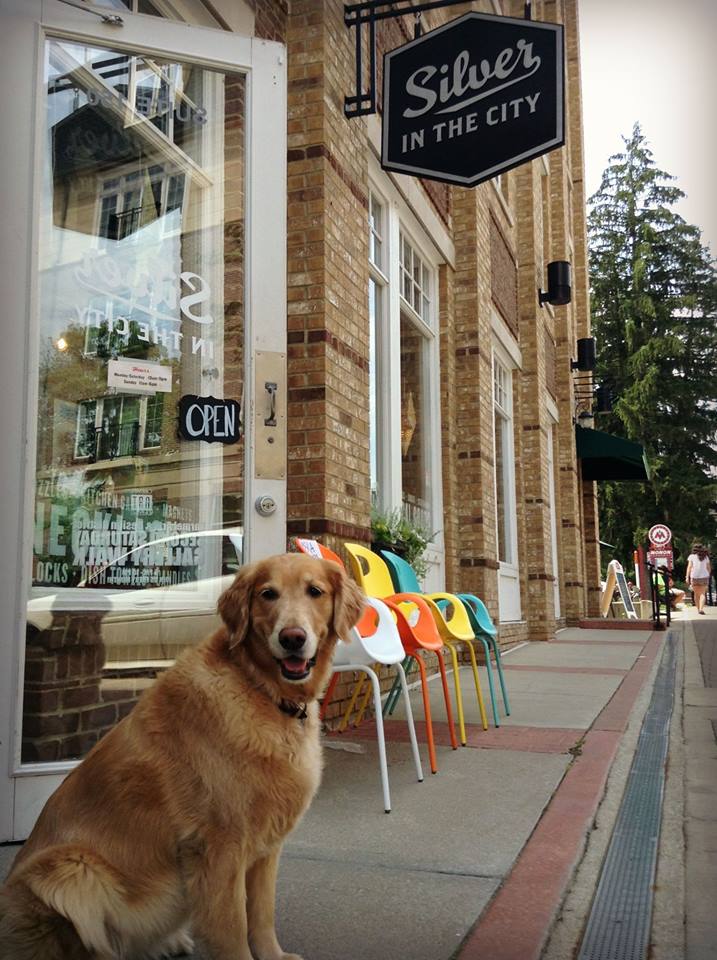 Employee SarahKate Chamness’ dog is a Golden retriever named Bea Arthur and acts as the mascot for Silver in the City. (Submitted photo)

Silver in the City is throwing a party and it wants its Main Street neighbors to join in the fun.

The Carmel store, 111 W. Main St., is celebrating its one-year anniversary May 7. The celebration will be primarily from 5 to 9 p.m. The store bills itself as purveyors of jewelry, housewares and whatnot.

Silver in the City employees are sharing their Favorite Things on Main on a map.

“On the map, it’s going to be one thing we love about each place,” employee SarahKate Chamness said. “We’ll make signs that will go in front of their shops with explanation of what our favorite thing of each shop or restaurant.”

Chamness’ title appropriately is the poobah of promo, as she is incharge of social media, marketing and website.

Silver in the City’s Indianapolis store, 434 Mass. Ave. will celebrate its 16th anniversary in June. Kristin Kohn owns both stores and her actual title is head honcho.

Chamness said the store will share samples from The Best Chocolatein Town, which is located on 880 Mass. Ave., Indianapolis.

Evan Knox, a jewelry artist from Brown Co., will be a special guest.

“We’ve carried her jewelry close to 10 years,” Chamness said. “She does sterling silver jewelry with semi-precious stones. Evan will bring some of her jewelry, so it will be like a trunk show, and she’ll be there to meet and greet people. There will be other people there that make things at the store, so that’s kind of cool.”

Chamness said a photo booth will be set up for the weekend with birthday-style theme.

“We’re all going to be dressed up and having fun,” Chamness said. “It will be more of like a party atmosphere.”