You are at:Home»Current in Carmel»Carmel Community»Sinkhole causes 126th Street closure in Carmel

Update from the City of Carmel: The sinkhole on 126th Street in front of Clay Middle School has been repaired. Carmel City Street Dept. workers used flowable fill (concrete) and a quick drying type of concrete cap to cover the hole. 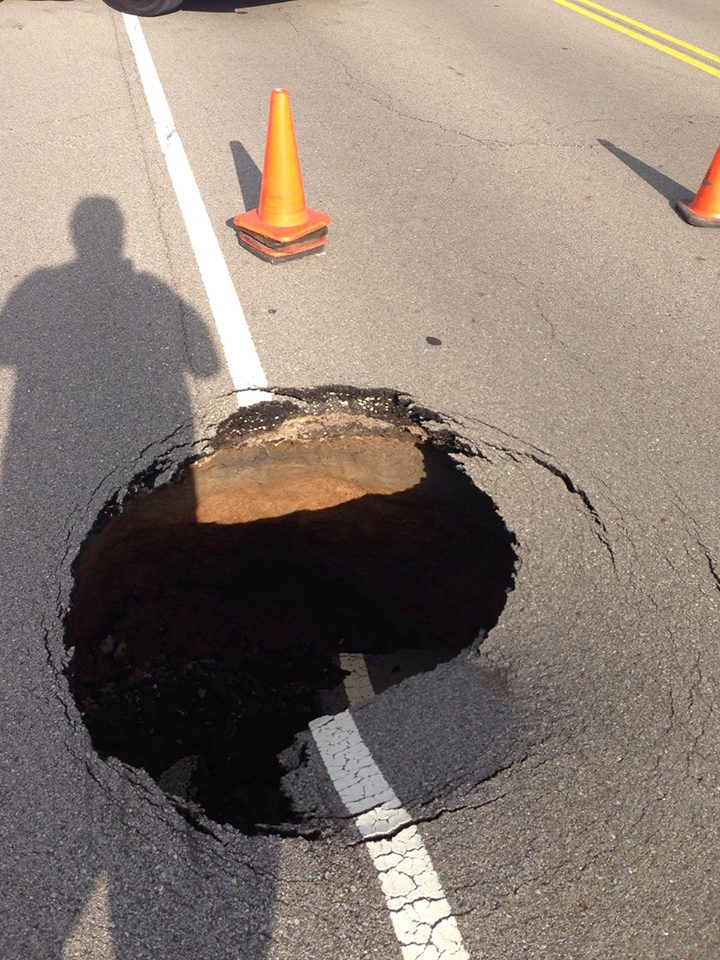 (Submitted photo courtesy of the City of Carmel.)

A sinkhole has caused a road closure on 126th Street in front of Clay Middle School. The sinkhole developed on Sunday, May 1 and the opening below the pavement was about the size of a small car according to a release from the City of Carmel.

Crews were on the scene making repairs Sunday night and the hope was to have the flowable fill of concrete to fill the hole so crews could put stone cap on it before Monday morning rush hour traffic. City officials said they hoped weather would not delay the process but advised motorists to be aware.