You are at:Home»Current in Carmel»Obituary: James “Jim” Richard Reed 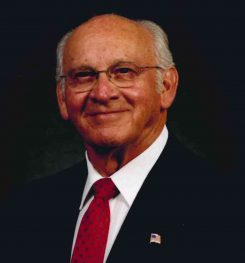 Jim was a graduate of Anderson High School and attended Purdue University. He was a veteran of the U.S. Marine Corps. Jim was part owner and livestock buyer of M&R Livestock Company at the Indianapolis Stockyard for more than 30 years. Later, United Livestock Company employed him for a number of years. In addition to his parents, Jim was preceded in death by his brother, W. Robert Reed.

Memorial contributions may be given to the Central Christian Church Building Fund or the Leukemia-Lymphoma Society.