You are at:Home»Current in Zionsville»Indianapolis 500 historian Donald Davidson to speak at Zionsville library

With the 100th running of the Indianapolis 500 set for May 29, Indianapolis Motor Speedway historian Donald Davidson is in higher demand than usual. 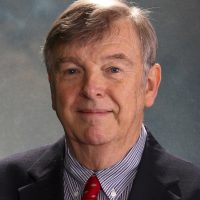 As a host committee member for the 100th running of the Indy 500, former Greencastle mayor Mike Harmless is arranging a related event in each of the state’s 92 counties. Davidson has made about half of those visits. Davidson will speak in Boone Co. – the last county to host an event – at noon May 12 at the Hussey-Mayfield Memorial Public Library. Davidson said he plans to do a brief program and take questions from the audience.

“The assumption is if the people came for it, they have an interest and probably know most of the (Indy 500) 101 anyway,” Davidson said. “If you do a chamber of commerce (visit), there are lot of race fans in there, but they may not necessarily all be. But when we go to Zionsville, everyone that comes will be (a fan).”

Davidson traveled all over the state but purposely scheduled his events closer to Indianapolis in May. His radio show, “The Talk of Gasoline Alley,” starts May 2 and is aired nightly on WFNI 1070 (AM).

Davidson said some of the most-asked questions are about the traditions, such why the winners drink milk and why there are 33 starters.

Davidson, a native of England, came to his first Indy 500 in 1964 and hasn’t missed one since. During that visit, he appeared on the radio network as a guest, displaying his impressive race knowledge.

“The next year I was back as a permanent resident, and I’ve been on the (radio) network ever since,” Davidson said.

The first time Davidson entered Indianapolis Motor Speedway is still his most special personal memory, but he has many other favorites throughout the years.

“The 1982 finish was fantastic (Gordon Johncock nipped Rick Mears), and there have been others,” Davidson said. “One of the most iconic moments was when (A.J.) Foyt won for the fourth time (in 1977). When Foyt won and took the ride in the pace car with (IMS owner) Tony Hulman sitting next to him. Two of the most iconic people in the history of the place were there together, and that has a lasting memory because Tony Hulman passed away that October. So that’s the last time most of the race fans saw him.”