You are at:Home»Current in Carmel»Carmel Community»After kidney donation, sisters closer than ever before 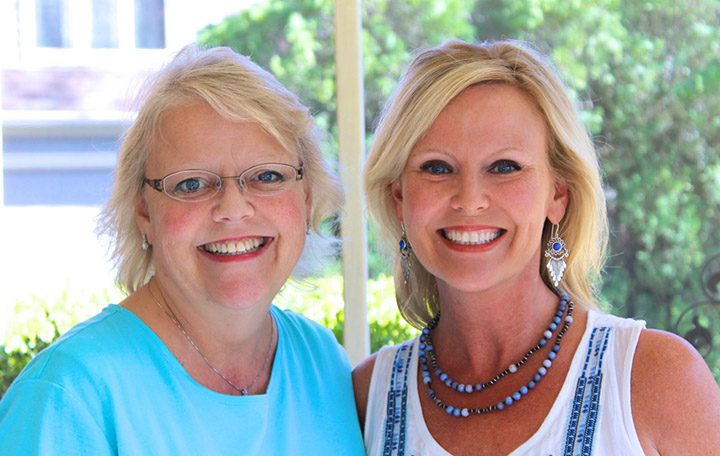 Sisters Cindy McClure and Chrissy Field have always been close, but now their bond is stronger than ever.

Both had life-changing surgery on Feb. 1, with Field having a healthy kidney removed and given to McClure, who has suffered from chronic kidney disease her entire life.

And now, three months later, they are traveling the long road of recovery together.

“We’re both still licking our wounds and getting through the process, but I would totally do it again,” said Field, 46, a Carmel resident. 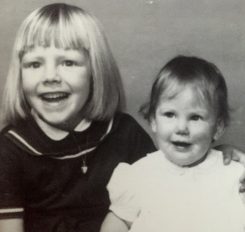 Cindy McClure, left, and Chrissy Field as children. Both girls grew up in Carmel and graduated from Carmel High School. (Submitted photo)

This was the second kidney transplant for McClure. In 2011, she was planning to receive a transplant from her brother, but before the surgery took place they found a match from a man who died in an accident.

That solution was short-lived, as her body began rejecting the new kidney almost from the start. She ended up in the hospital repeatedly fighting off infections, and eventually it became clear that another kidney transplant would be necessary.

McClure’s brother was ready to donate again, but this time Field – who had been unable to donate the first time – got tested and found out she was a perfect match, even better than her brother.

McClure, 51, had reservations about receiving the kidney from her sister, who had a husband and two young children. Her brother was single and didn’t have kids. But for Field, the decision to donate a kidney was an easy one.

“There’s a lot of factors to consider, but when you’re a perfect match and it’s your sister, well of course I’m going to do it,” she said.

This time, the results were different. McClure’s body hasn’t shown any signs of rejection, and her recovery is going well.

“I’ve only had to go back in the hospital once to get fluids, and that seems to be (because) the kidney is working so well that it’s like everything I drink comes out,” said McClure, who lives in Fishers.

McClure described her sister’s donation as “a selfless act of love” that she finds difficult to comprehend at times.

“She’s amazing, and just knowing that there’s someone that I have like that in my life is great,” McClure said. “There’s a special bond there for sure.”

Field’s recovery is going a bit slower than she expected. She plans to return to her job as an associate marketing manager at Roche in early May. But she has found encouragement from other living organ donors and knowing that her gift has meant renewed life for her sister.

“For me, that was the end game: getting her to a point where she can find a new normal,” Field said. “Hopefully things will continue to just improve and get better. I look forward to a day when we’re both completely healed and look back on it and say, ‘Wow, this has been really amazing.’”

10: Minutes it takes for another person to be added to the national organ transplant waiting list

8,000: Number of people who die each year waiting for an organ donation

3 to 5 years: the average waiting time for a kidney from a deceased donor

Register to become an organ, tissue or eye donor at donatelife.net.

After both of her transplants, Cindy McClure has used the website WhatFriendsDo to manage support from friends and family during her recovery. She called the Indianapolis-based service “a godsend.”

“WhatFriendsDo was so great during (my first recovery), so naturally when we knew we were going to do it again my husband said, ‘let’s just reactivate that account,’” McClure said. “They’ve been so helpful.”

Co-founder and CEO Aimee Kandrac started WhatFriendsDo in 2006 after supporting a close family friend suffering from brain cancer. Since then, the site has been used to help more than 60,000 people worldwide.

“When people come to our website, they’re facing an overwhelming situation. It can be a really great thing or it can be something more difficult,” Kandrac said. “Either way, … our mission is to help bring all of those people together who want to help and give them an actionable, useful way to do that.”