If you like the wild, wild West and the songs that glamorize its place in history, you’ll get a “kick” out of what conductor Charles Conrad has rustled up for Indiana Wind Symphony’s next performance at the Palladium.

Beginning at 7:30 p.m. on May 21, Old West expert Mark Boardman will act as narrator and trail guide in a program titled “How the West Was Won.” Boardman is pastor at Poplar Grove United Methodist Church near Monrovia, Ind., and is features editor at “True West Magazine,” writing about outlaws, lawmen and gunfighters. 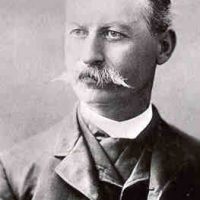 The IWS will perform several western-themed numbers, including Aaron Copland’s “Billy the Kid,” John Williams’ “Cowboys Overture” and Morton Gould’s “Santa Fe Saga.” And, as the IWS does each program in recognition of Indiana’s bicentennial, it also will perform a Hoosier-related piece, “General Custer’s Last Indiana Campaign March,” written by Felix Vinatieri.

Last name sound familiar? It should.

“Felix is the great, great, great grandfather of a very prominent Carmel resident and the Colts’ Adam Vinatieri,” revealed Conrad, of one the NFL’s most successful field goal kickers.

“Felix served as the bandmaster for the Seventh Calvary under General George Custer. The piece we are playing was written a couple of months before the Battle of Little Big Horn, so the title was really prophetic.

“Fortunately the band was not with the cavalry that day of the battle,” said Conrad.

On June, 25, 1876 Custer and his battalion of 200 men were wiped out by as many as 3,000 Native Americans. Three days earlier, Custer had led his cavalry out of Fort Lincoln near present-day Bismarck, N.D, bringing with him a 16-piece regimental band led by Vinatieri.

However, when the party reached the convergence of the Powder and Yellowstone Rivers, General Alfred Howe Terry, commander of the Dakota Territory at the time, ordered the band to turn back. Vinatieri and his men arrived back at the fort in time to play for a Fourth of July celebration.