You are at:Home»Current in Zionsville»Boone County auditor to resign April 30, take job in private sector

Boone County auditor Deanna Willhoite has announced that she will resign from her position at the end of the month. After serving the county for nearly 20 years, the Boone County resident will move from the public to the private sector. 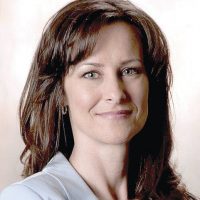 “I have been offered a wonderful opportunity in the private sector and have given it much heartfelt consideration and have decided it is the right time to pass the torch,” Willhoite said.

April 30 will mark Willhoite’s last official day as auditor. She will then begin work with Andretti Autosport based in Zionsville.

Willhoite had filed for reelection, but now the race for Boone County auditor will come down to two republicans: Heather Myers and Carla Newcomer. Although Willhoite will leave office at the end of April, the winning candidate will not take office until Jan. 1, 2017. Until then, the county precinct committeemen will select someone to fill the role.

“There’s going to be a caucus where the precinct committeemen will be filling that role,” Boone County Treasurer Debbie Ottinger said. “Whoever is appointed by the precinct (committeemen) will assume the responsibility from the day after (Willhoite’s) resignation is in effect through the year.”

As for Willhoite, her colleagues said she will be sorely missed, but that that they are happy for her.

“She’s going to be taking on some more responsibility, and it’s going to be a better position for her and her family,” Ottinger said. “She has served Boone County well and everyone is going to miss her a great deal.”

“I’m pleased that she’s taken on a job that she’s really going to like. She had worked with the council very closely and seemed to be doing a good job,” Boone County councilman Steve Jacob said.